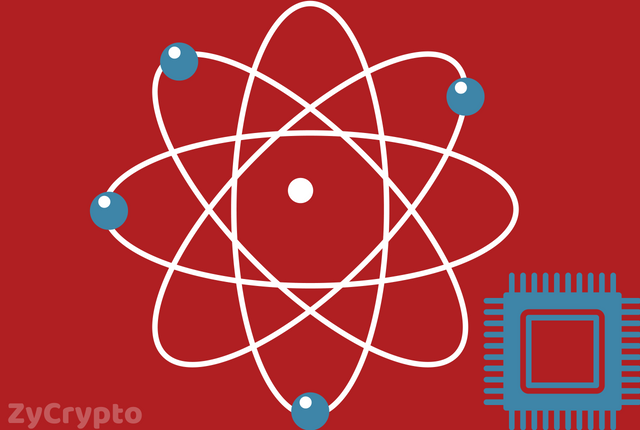 Many experts have warned of the possibility that quantum computing could pose a serious threat to the security of Bitcoin and other cryptocurrencies.  In fact, a study by MIT researchers revealed that the threat would be imminent within 10 years.
The study concluded that Bitcoin’s proof of work algorithms would be resistant to the speed of quantum computers, but found that a way to get around Bitcoin’s security features is to calculate the private key using the public key.
With current conventional computing this is said to be not feasible, but rather easy with the use of quantum computers. According to the MIT research, the “elliptic curve signature scheme used by Bitcoin is much more at risk, and could be completely broken by a quantum computer as early as 2027.”
A public key is revealed with the signature when transactions are proposed on the blockchain.  This gives a very short window to calculate the private key from the public key. Once the private key is calculated a hacker could change the signature and therefore the recipient of the transferred funds.
Furthermore, all of the transactions where the public key is known and stored on the blockchain leave their respective wallets vulnerable to fake transaction proposals.
Currently the technology of quantum computing is not yet at the stage where it can topple bitcoin, but as we learn more about the potential of quantum computing, the timeline for the security threat it poses to Bitcoin will become more clear.
It is important for the Bitcoin community and its influential developers to work on a solution to the quantum computing threat. Currently, startups such as IOHK are working on what experts refer to as 3rd generation blockchain protocols.
IOHK is contemplating solutions for quantum computing and hope to apply it to Cardano to create a quantum resistant cryptocurrency.  Without a solution to the quantum computing problem, the crypto world could hit a wall.