Charles Hoskinson hit up Justin Sun on Twitter. In fact, he gave the young and ambitious founder of Tron some advice. The Cardano founder and IOHK CEO thinks that Justin Sun should look into using one of his company’s products to make Tron as efficient as possible.

“@justinsuntron you guys should use our mantis client instead of Ethereum Java github.com/input-output-h… the code is much better, security audited and consensus is pluggable for a DPoS style protocol.”

Hoskinson followed up his tweeted advice with some assurance.  “I’m being entirely serious. They seem to be using a fork of ethereum java. It would be much much better to use Mantis as a base”
Justin Sun appreciated the note from Hoskinson.

“Thanks for the advice! We’re looking to build the best blockchain technology so we’ll look at mantis too.” 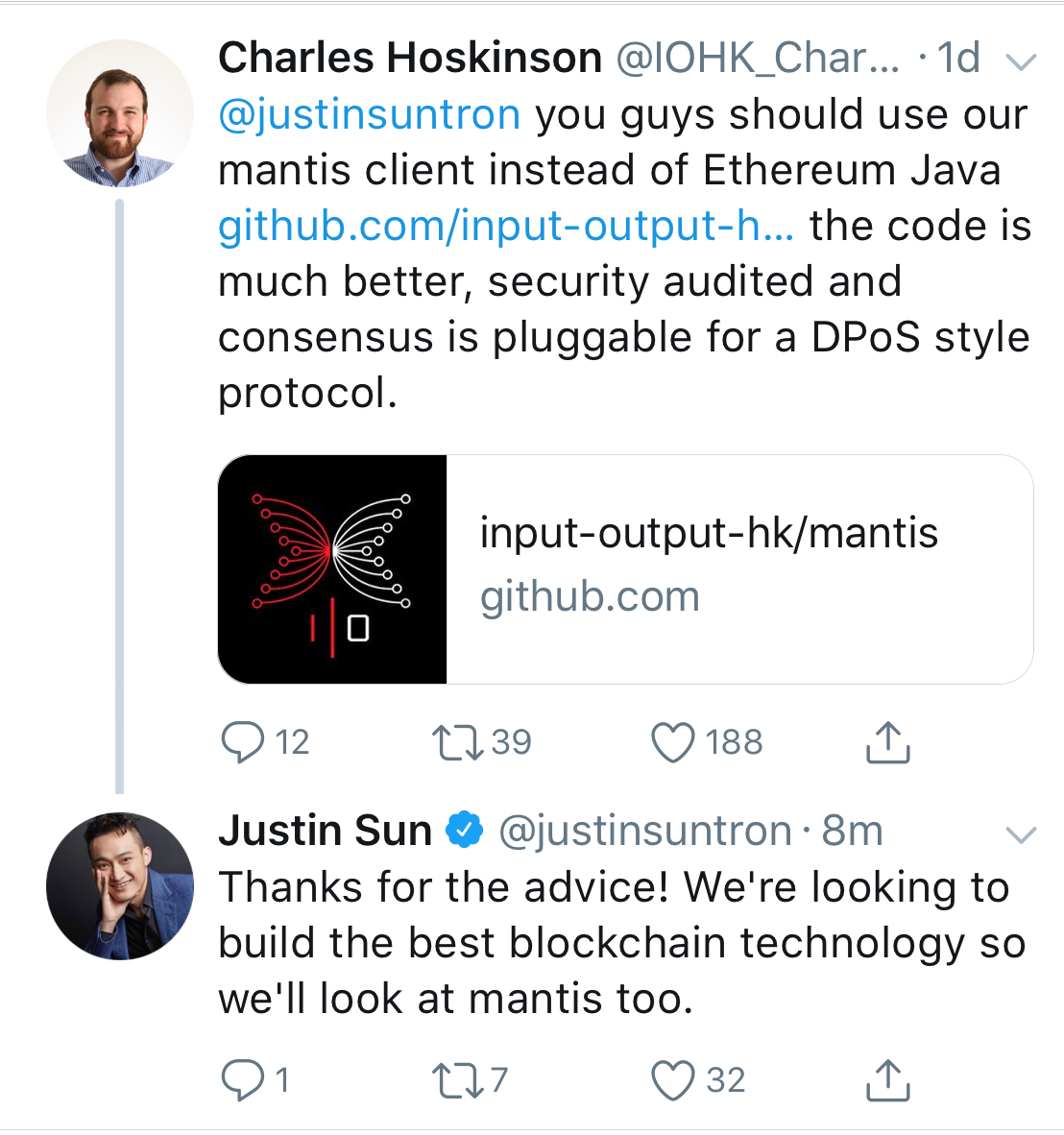 According to IOHK’s Allan McSherry, Mantis was created and deployed to aid in the development of Ethereum Classic by improving speed, security, and helping to ensure decentralization and Hoskinson obviously thinks these traits can crossover to Tron’s protocol as wel.

“The Mantis part of the integration has been packaged with a Java Virtual Machine included to allow fast and easy setup of the client. This initial release has focused on the basic wallet to wallet transfer function and enjoys the safety features Daedalus is known for.”

From their offset, IOHK focused on interoperability as one of the main components of their mission in the blockchain community.  Founder and CEO Charles Hoskinson envisioned a world where different blockchain projects, focused on solving problems in different industries could coexist.
With IOHK, he sought the creation of protocols, wallets and dApps that could work seamlessly between a number of different coins. Now, Hoskinson is putting his money where his mouth is by encouraging Tron’s founder to use one of IOHK’s products, Mantis, to help power Tron.