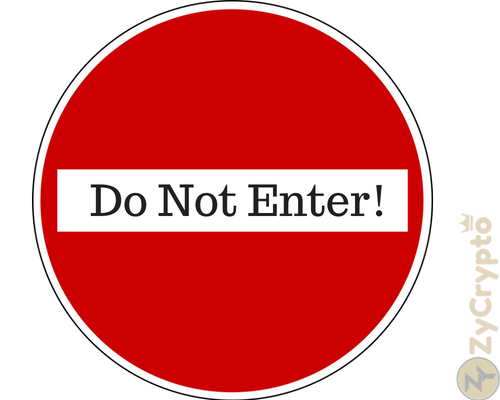 Bithumb, the South Korean cryptocurrency exchange, has announced that they will ban any account from 11 countries that they have determined to be havens for money laundering.
Beginning on May 28, 2018, citizens of the countries listed listed by the Financial Action Task Force in the Non-Cooperative Countries and Territories initiative will be prevented from making accounts and existing accounts will be removed from the exchange by June 21.
The Financial Action Task Force or FATF, was founded in 1989 as an international money laundering watchdog.  One of the groups main functions is to investigate the funding of terrorism and preventing money launderers from financing bad actors around the globe.
FATF published a report called “Guidance For A Risk-Based Approach: Virtual Currencies” in 2015, and in February the task force asserted that they were determined to improve their understanding of all the risks involved with cryptocurrencies.
The 11 countries that have been listed in the Financial Action Task Force as Non-Cooperative Countries and Territories are North Korea, Bosnia and Herzegovina, Ethiopia, Syria, Iran, Iraq, Sri Lanka, Trinidad and Tobago, Tunisia, Vanuatu and Yemen.
But more than just the citizens from these countries will feel the actual impact of Bithumb’s new policy. All Bithumb users will now be forced to authenticate their identities and provide proof of residence to Bithumb in order to trade on the exchange.
Bithumb is one of the biggest cryptocurrency exchanges in the world so this new policy will potentially affect millions of users, but Bithumb notes that they are trying to cooperate in a world wide effort to stop money laundering.
Bithumb’s announcement also notes that they will help to assure “cryptocurrency is not used to fund international terrorism,” by making this anti-money laundering effort.
The team at Bithumb has expressed the intention to cooperate with authorities and governmental bodies to ensure safety of its users and fair trading on its exchange. Bithumb says the new policies “reflect the recommendations of the government and the Korea Association of Blockchain money laundering policy.”
Recently we have seen many new regulations regarding crypto pop up all over the world. This latest move by Bithumb is an example of the movement towards fairly regulating the crypto space and making sure it is not aiding the actions of nefarious groups.
While some view any type of regulatory process as an infringement on the decentralized goal of cryptocurrency, others welcome regulation as a means to spread the adoption of blockchain technology and the use of digital assets.