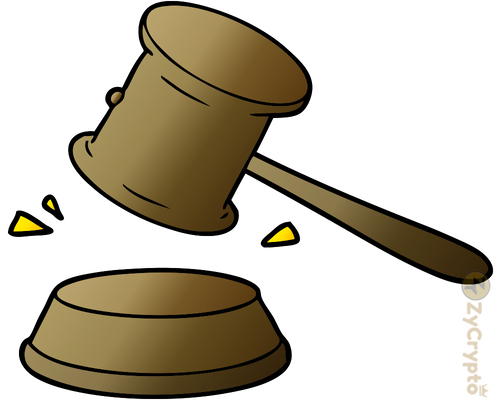 Previously in the month an attempt was made by Bitgrail’s principal Franceso Firano to reopen the Italian cryptocurrency exchange. This was done following a $170 million in losses and also during the persistence of their legal sorting. Though there had not been an official determination, it could be an inside job or software hack.
However, suspicion includes the exchange’s charismatic operator and crypto devs. Following this Bonelli Erede, International law firm, petitioned for the exchange to remain closed and to further institute bankruptcy proceedings. The Court of Florence has agreed to this.
The exchange, in its website has clarified about the Court of Florenc’s order. The website clarified that the court has requested the immediate closure of Bitgrail. Further, the exchange said that the situation shall remain as it is until further orders from the court is received.
The exchange adds that in spite of their disagreement to the decision, they remain obliged to respect the law and had thus suspend all Bitgrail business immediately. Following this the exchange had been halted temporarily and further the procedure had been formally upheld as bankruptcy proceedings loom in the foreground.
The temporary action was taken on a representation of over 3,000 exchange complainants which was represented by the international firm, Bonelli Erede.  The team includes various legal pros including, Partner Monica Iacoviello, Giuseppe Sbisà, with assistance from senior associates Gianpaolo Ciervo and Alessandra Frigerio. Further efforts was contributed by Nano users and foundation coordinator, Espen Enger.
Bonelli Erede is a sort of like a consortium, formed about two decades ago. It was convened from the response of the successful firms to merger and acquisition pressure. This resulted in the legal powerhouse with about 400 lawyers. The group has about half a dozen offices which are scattered throughout Europe. The revenue adds up to €150 million.
However, in a latest scheme, the exchange operator, Franceso Firano tried to reopen the exchange so as to generate the requisite revenue. However hours later, the opening was halted pending a more definitive hearing.
The court of Florence recently upheld the initial stopping as well as freezing all assets and also tipping off formal bankruptcy proceedings. In a typical procedure, trustees are appointed to check the books and accounts, later the reminders are divided up among the creditors, victims, etc. The procedure could further take years. However, no record on filing of criminal charges has emerged.
The conclusion from the acts are that Mr Firano had been pushed out and his proposals for a new crypto and to have devs roll back the blockchain had not been accepted. However the Nano foundation has kept its ground that the losses was due to bugs on the exchange side of things.