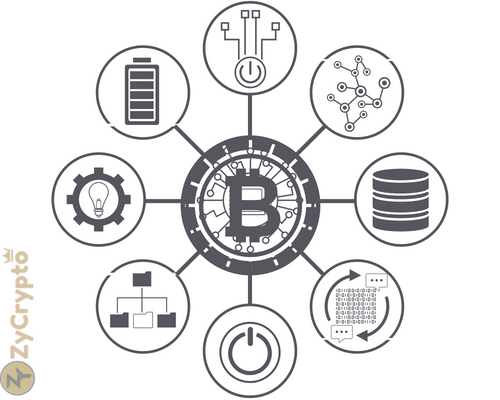 A YouTube video was released this week that explained Bitcoin in a rather creative way using the predictive text from an artificial intelligence model.
Botnik Studios released the video as part of a creative series that explores the use of artificial intelligence for creating artistic representations of language. The video was not an attempt to create a machine learning definition of Bitcoin but rather a creative portrayal of the Bitcoin movement in a semi-humorous manner.

The predictive text was generated from a corpus of Bitcoin definitions that had been given in the past. These were used as a training dataset and then Botnik Studios creatively generated text from a predictive keyboard.
This method involves selecting from a choice of words generated from the machine and constructing sentences in collaboration with the artificial intelligence model. This is more-so a form of augmented intelligence because the human operator has a large say in the creative process. Here is a snippet of text from the video:

“Randomly pick a number between 1 and 30,000. Now spend that amount of money on Ethereum. This is known as hashing the code to get some of that Bitcoin”.

“Botnik is a community of writers, artists and developers using machines to create things on and off the internet. Botnik Studios is an entertainment group devoted to displaying the work of the larger community”.

Their website even boasts a usable predictive keyboard where you can try it out with texts from Sigmund Freud amongst other corpus texts. I didn’t notice a Bitcoin corpus on the public keyboard at this point but they may consider adding it at a future date.

Still don’t get cryptocurrency? Then watch the UNEDITED version of our crypto-explainer on Youtube:https://t.co/SfnLjEzjvI