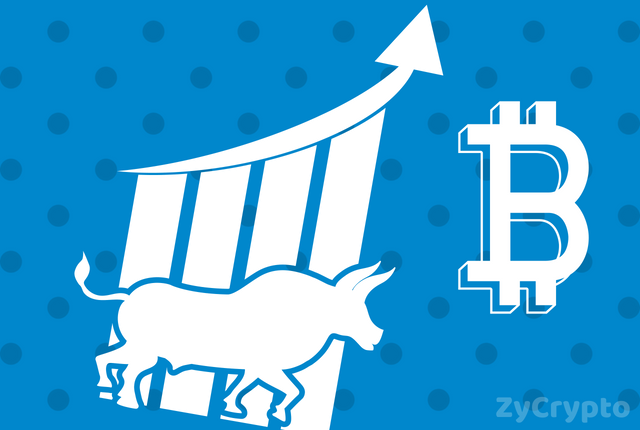 Bitcoin is looking unconvincing and no one can put a finger on whether it’s heading for a bearish market or a bullish market. However, it remains a trigger away from taking an upward momentum or a further slide below, especially given bitcoin has finally captured over 50% dominance of the market.
As bitcoin continues to struggle to break away from the $6,500 resistance level, experts continue to say the real test is at $6,800. For a long time, this resistance level has been the point of discussion since every time bitcoin has been able to break it, it has gone on to soar and every time it has slipped below it; it has gone on to slip further below and has struggled to find its way above it.
So, it’s quite clear what the bullish market needs to do -at least in the short term- to get bitcoin back on its feet. Push for the $6,800 resistance level by getting on the bearish market’s heels and once this is broken, the drivers sit will be back in the hands on the bullish market.

Many experts have been looking forward to this, and it finally happened, bitcoin over the weekend surpassed the 50% mark to become -by far- the most traded cryptocurrency in the crypto market, accounting for more than half of all trades.
Why this might be a good sign is because the last time this was, is in December 2017, when bitcoin prices were at their all-time high of about $18,000. Now at around $6,400, this is the first-time bitcoin has hit 50% dominance in 2018.
This suggests that investors are running away from altcoins and getting behind the mother of all cryptocurrencies. Although this spells bad news for altcoins, it might just be what bitcoin needs to soar again.
Although in the past bitcoin’s fall has led investors to buy altcoins -preferably stable coins- this time things have gone differently as investors seem to be more encouraged by the fall to get behind bitcoin. For some, they see this as a buying opportunity as they predict better times to come for bitcoin in the short-term.
Bitcoins dominance comes as no surprise as it remains the most notable cryptocurrency in the world, even the person with the faintest idea of cryptos recognizes that bitcoin is the mother of them all. However, this market dominance might not entirely be good news -at least not for the market as a whole.
Historically, when bitcoin prices are triggered, bad or good, other altcoins tend to follow. When the SEC’s ETF delayed decision was announced, many expected that only bitcoin would be affected, but, bitcoin dragged down almost all other altcoins with it. This has always been the case and the success or failure of bitcoin has always dictated the position of all other cryptos.
Now that bitcoin has gone over the 50% mark, this trend is bound to follow and altcoins’ rise and fall are definitely tied to bitcoin’s own. This might be a sign that the market is still quite not mature enough.