Bitcoin SV just made a mega jump and now people are trying to figure out whether Craig Wright is responsible. A few hours ago, BSV began a surge that has since slowed down. Still, it’s a development that has had some effects on the charts. In fact, BSV’s surge led to it briefly dislodging Tron from the 11th spot on the charts. However, Tron has since reclaimed its position.

Craig Just Pulled Another One

Craig Wright, who happens to be the main force behind BSV, has just started another fuss. Craig has known to be a rather controversial character who claims to be the real Satoshi Nakamoto, the Bitcoin creator. In the recent past, Craig has threatened anyone who has stood against him with legal action.

However, the crypto community hasn’t been exactly welcome of him especially given that he has failed to provide any concrete evidence to prove he’s really Satoshi. Just a few weeks ago, Binance, along with other various crypto exchanges, decided to delist BSV.

Now, Craig has moved to file a copyright claim to seize ownership of the original Bitcoin whitepaper written by Satoshi Nakamoto. For one, Craig has in the past been known to make great efforts to cause FUD and FOMO within the crypto community, and this recent move seems to have panned out as BSV shot up by 100% when the news out his move to copyright the whitepaper broke out. 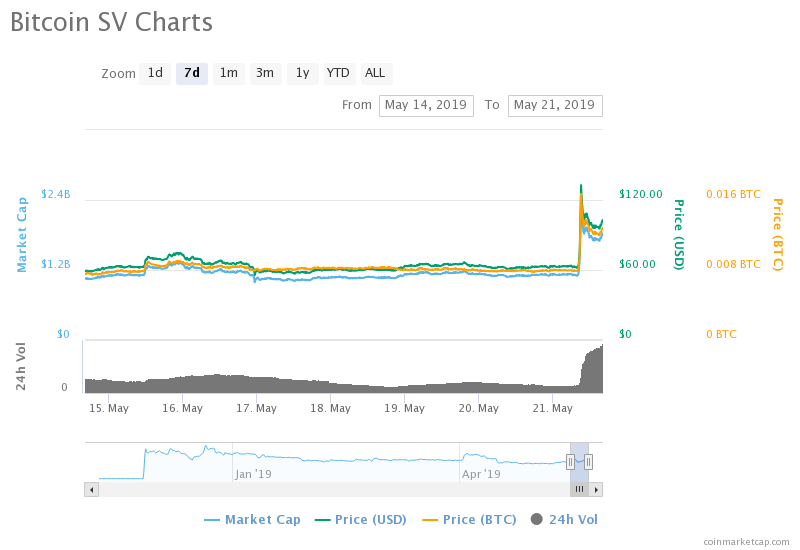 The main driver for the surge was the FOMO as some people took the copyright registration as proof of Craig being the real Satoshi. That’s not the case. However, BSV has since recoiled back to around 58%, and it seems like it will be still dropping.

The Matic Network Is Up And Down

Bitcoin SV isn’t the only crypto making big strides today. The Matic Network, a cryptocurrency that currently sits at position 93 on the charts, just made a sharp surge before making a small recoil down by around 5%.

However, compared to its yesterday’s closing figures, the crypto is still ahead by about 45%. Still, according to this YouTube analyst, it’s still too early to buy it as it might be just a pump.