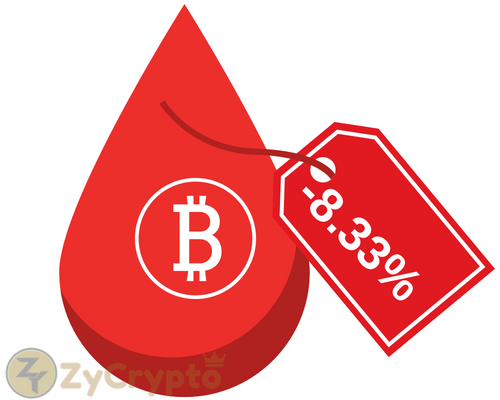 Bitcoin Price has flopped off over 8% after the Largest Korean Cryptocurrency Exchange UPbit was raided by the police over fraud allegations.

UPbit was suspected for apparently selling Crypto coins which is said to not be in the possession of the exchange to their Customers.

In a Brief Report the prosecutor stated

We have secured hard disks and accounting books through confiscation. Analysis is expected to take days,

UPbit is yet to make a clarification on this fraud allegation but has confirmed that they are been investigated by the police and has assured it’s users that their Resources on the exchange are secure and normal trading is still in operation.

“UPbit is currently under investigation by the prosecution, and we are working diligently. UPbit services such as all transactions and withdrawals are operating normally. Your assets are kept securely in your account, so you can rest assured that you can use UPbit services.”

UPbit users have continued to sell off their coins on the exchange over panic of similar issues with some exchanges which were similarly raided, A Popular event was that of the famous BTC-E Crypto Exchange, which was suspected of been in connection with various crimes and got its website shut down by the Authorities.

The Market wouldn’t have been in such loss if the Mt. Gox trustee used a transaction model with a large scale and established investing firm ,something like the over-the-counter (OTC) market which will work best rather than selling off directly on Crypto Exchanges which will of course mark a Red dip to the Market.

There is still hope for the market to bounce back soon ,as the police that raided UPbit Exchange are yet to make a statement if the exchange is innocent or guilty of the Accusation.