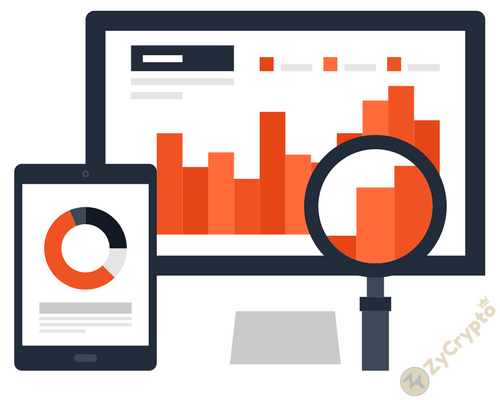 The price of Bitcoin is moving within another short-term bullish flag pattern, as it approaches another break. The cryptocurrency is quoting between the support and the resistance offered by the moving averages. The 100-period moving average is limiting earnings to $ 6,228.46, while the 50-period average offers immediate support at $ 6,207.65.
In other news related to cryptocurrencies, the Japanese government is contemplating changing the way in which cryptocurrency investors in the country are taxed. Due to the progressive rate formula currently used, investors in the country could be taxed up to 55% on the profits obtained.
However, the Deputy Prime Minister of Japan, Taro Aso, intends to eliminate the progressive rate at a constant rate. During the meeting of the budget committee of the upper house that was held on June 25, Aso said:
“The benefits obtained from cryptocurrency transactions should be changed from current ‘miscellaneous income’ to ‘separate tax return’.
The global financial consultancy, PWC, points out that in Japan “capital gains on sales of certain securities (including stock / shares in corporations, warrant bonds, etc.) are taxed separately from other sources of income at a fixed rate of 20,315 % (that is, 15.315% of national taxes and 5% of local taxes for residents) “.
Technically, at the time of writing the BTC / USD trades at $ 6,217, and the trend is somewhat bullish. The stochastic has left the oversold region and is currently at 36%. On the other hand, the MACD is slightly in the negative territory, which shows that there is some selling pressure.
The price must overcome the resistance at $ 6,280 to pave the way for a rise above the key level of $ 6,300. The bulls must also maintain support at $ 6,200 and $ 6,160 to avoid falling into the immediate demand zone at $ 6,080.
BTC / USD 15 minute chart 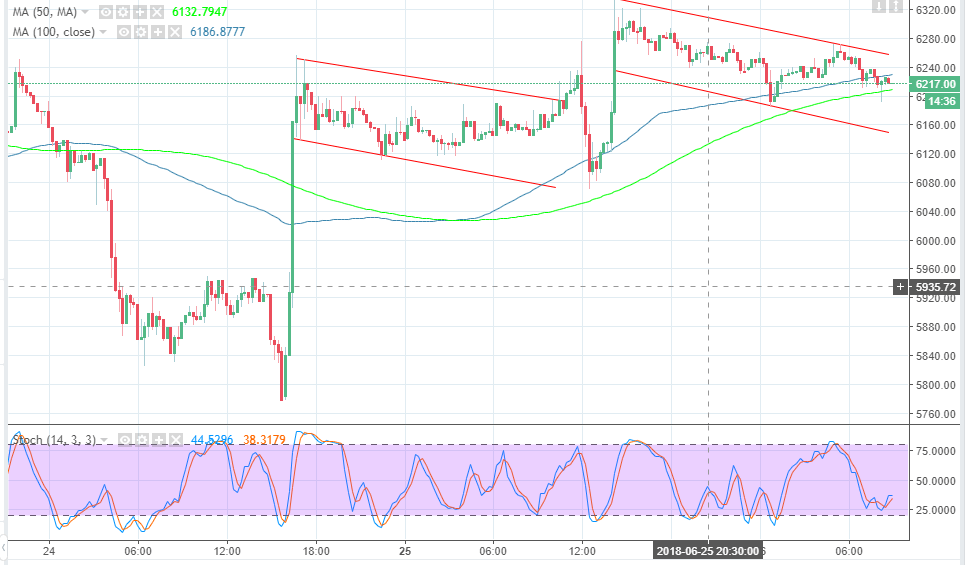 Ripple, the third largest cryptocurrency by market value, is moving between the 50 and 100 hour averages, trading at $ 0.4788 at the time of writing. The price of the cryptocurrency has barely changed in the last 24 hours, while the recovery from Sunday’s low of 0.4402 $ is losing traction. The market value of Ripple is estimated at 18,000 million dollars.
The XRP / USD has lost more than 76% of its value since the beginning of the year, however, the cryptocurrency is still trading 200% higher than 12 months ago, which means that long-term investors are making a profit. Apart from that, the XRP community is enthusiastic about the large-scale commercial projects of Ripple, the company behind the cryptocurrency, and tend to pay less attention to daily price fluctuations.

Technical image of the Ripple 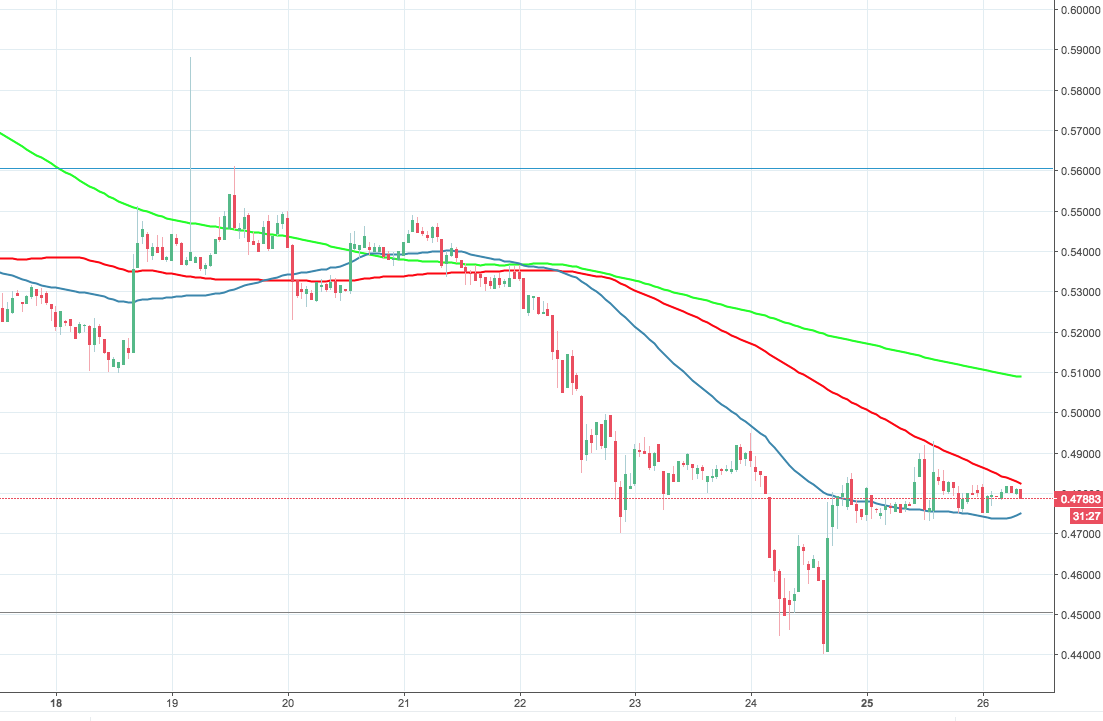