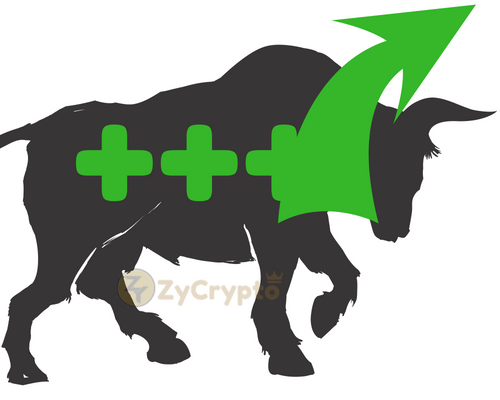 Different cryptocurrency and blockchain events currently holding has been a significant influencer of cryptocurrency prices as seen in the markets in the past few days. One of such events is the Consensus 2018 conference hosted by CoinDesk.
The Consensus is a 3-day event which is to hold between May 14 – 16, 2018 at the New York Hilton. With just a day to go, the cryptocurrency market has seen remarkable growth in the past few days.
Prices have in the past 24 hours seen significant gains, for not just Bitcoin but for other cryptocurrencies such as Ethereum, Ripple, Bitcoin Cash, Cardano, Litecoin and EOS which has before this time been on a downward trend.

Who’s Who In The Industry Is Expected, But The Ethereum Founder

Every top cryptocurrency Expert is expected at the event except Vitalik Buterin. Sometimes at the end of last month (April 2018), Vitalik has in a tweet expressed his displeasure on past events which he thought the company, CoinDesk had not attended to as they should and therefore would not be attending the conference.
Part of his reasons was that CoinDesk in a publication promoted a scam site. He also referred to the cryptocurrency news publishing firm’s coverage on the EIP-999 as “terrible,” referring to them as pundits who should be replaced with prediction markets as soon as possible.
That wasn’t just all; he also had a problem with how much it cost to attend the Consensus 2018 event. Stating that a $2k – $3k price tag was way too high and in his words, he wasn’t going to “contribute to that level of rent-seeking.”

In a recent tweet published on the CoinDesk official twitter account, it revealed stores in the city of New York who has bitcoin ATMs installed. This is probably one of the reasons why we have seen a spike in the price of bitcoin, as more people are now able to purchase bitcoin after hearing a lot of good things about cryptocurrencies from different events being held. Bitcoin holders as well can experience first-hand practical example of how cryptocurrencies can change the world for good.

Well, the only way we could see high demand and global adoption of these new form of currency is when people hear about them. It’s, therefore, necessary that these events hold to enlighten the public and get people to love the technology.