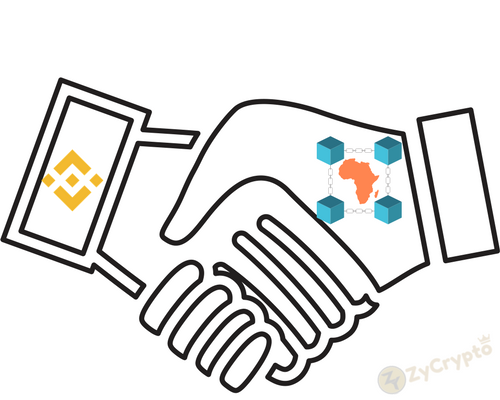 Binance, the world’s largest cryptocurrency exchange by trade volume, has reportedly signed a partnership with Crypto Savanna, an Africa Blockchain innovation hub based in Uganda.
The CEO of Binance, Changpeng Zhao, announced on Twitter:

“Binance will partner with Crypto savannah, @AggieKonde, and @HelenHaiyu to support Uganda’s economic transformation and youth employment through blockchain, embracing the 4th industrial revolution. We will do this by creating thousands of jobs and bringing investments to Uganda.”

Zhao had a meeting with developers, young entrepreneurs and the Blockchain Association of Uganda to discuss the partnership, as published by Crypto Savanna on Twitter.
“Binance Founder meets Blockchain Association of Uganda in an open meeting to discuss collaboration  @BitcoinAfricaio @BitcoinKE @coindesk @KwameRugunda @noryo @suleug @blockchainug @cz_binance @binance.”
Binance was originally founded in China but had to relocate for expansion. The company currently has offices in Japan and Hong Kong, with plans to open another in Malta. According to coinmarketcap, the exchange has a 24 hours trading volumes of over $2 billion, which makes it the number one cryptocurrency exchange in the world.
The Blockchain Association of Uganda, a non-profit organization, aims to promote the adoption of Blockchain technology in different sectors of the economy, support Blockchain related projects, organize Blockchain events and workshops, as well as represent Uganda in the global Blockchain community.
Uganda is not the only African country with a hub for Blockchain technology; others include South Africa, Kenya, and Zimbabwe.
Africa is a continent with great potential, especially for Blockchain projects because of its large population. Many people in some regions in Africa do not have access to financial institutions.
Also, there are many Africans working abroad and they send money to their families back home. The Blockchain technology will have an enormous impact on the financial system if it is successfully adopted.
The Blockchain industry could be a useful tool for economic development in the country, and Africa at large.
According to statistics from World Bank in 2016, Uganda is one of the biggest players in the global remittance industry. Indeed, this collaboration will be beneficial for both Binance and Uganda.

Russia To Conduct A Pilot Of Its Digital Ruble By End Of 2021: Senior Bank Of Russia Official

PayPal Will Launch Its Own Cryptocurrency Within 6-12 Months, Predicts Asset Manager