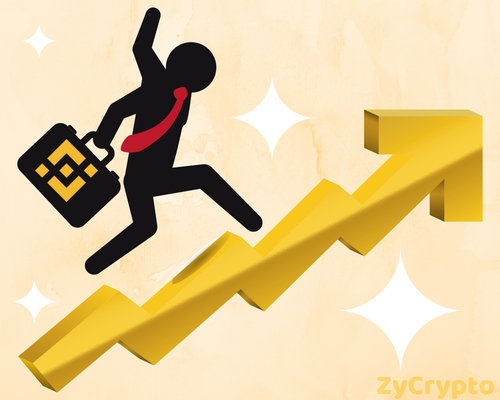 At a time when the price of bitcoin and other cryptocurrencies are experiencing a free fall, with many crypto greenhorns selling off their digital assets for fear of hitting ground zero, the market slump seem not to be affecting Binance as the exchange has experienced exponential rise in the rate of new customers signing up on its platform since the past six months.
Since its launch in July 2017 after raising $15 million in its initial coin offering (ICO), Binance cryptocurrency exchange has grown from strength to strength, offering users bitcoin and a vast array of altcoins trading with very competitive fees.
According to a Bloomberg report, Binance revealed recently that its user base has more than tripled since the beginning of 2018.
Now the platform boasts of having at least 9 million active users, from a meager 2 million back in January.
Although the exchange has lost its status of being the largest crypto exchange by volume to the OKEx exchange at press time, Binance is however set for great exploits shortly.
In a chat with Bloomberg, Binance CEO, Zhao Changpeng has revealed that Binance will soon start offering customers crypto-to-fiat withdrawals.
Notably, the exchange moved to Malta in March 2018 after being warned by the Japanese regulators to get registered or face sanctions.
The Maltese Prime Minister was quite excited about Binance’s entry into the island nation and took to his Twitter handle to send a personal welcome message to Binance.

“Welcome to #Malta @binance. We aim to be the global trailblazers in the regulation of blockchain-based businesses and the jurisdiction of quality and choice for world-class Fintech companies,” he said.

Just three months down the line and Binance has hinted it will start offering euro trading pairs by the end of the year, thanks to the amenable crypto regulations in Malta.
The Binance chief also told Bloomberg via a telephone chat that the exchange is on the verge of getting approved by the Channel Islands authorities and is looking to open shop in the region with at least a hundred workers once the deal is successful. CZ also revealed that the Binance team is in advanced talks with Taiwanese regulators and financial institutions and could start doing business their soon.
If all goes according to plans, the development could further usher in another period of massive growth for the firm and possibly catapult it back to the number spot it rightly belongs.