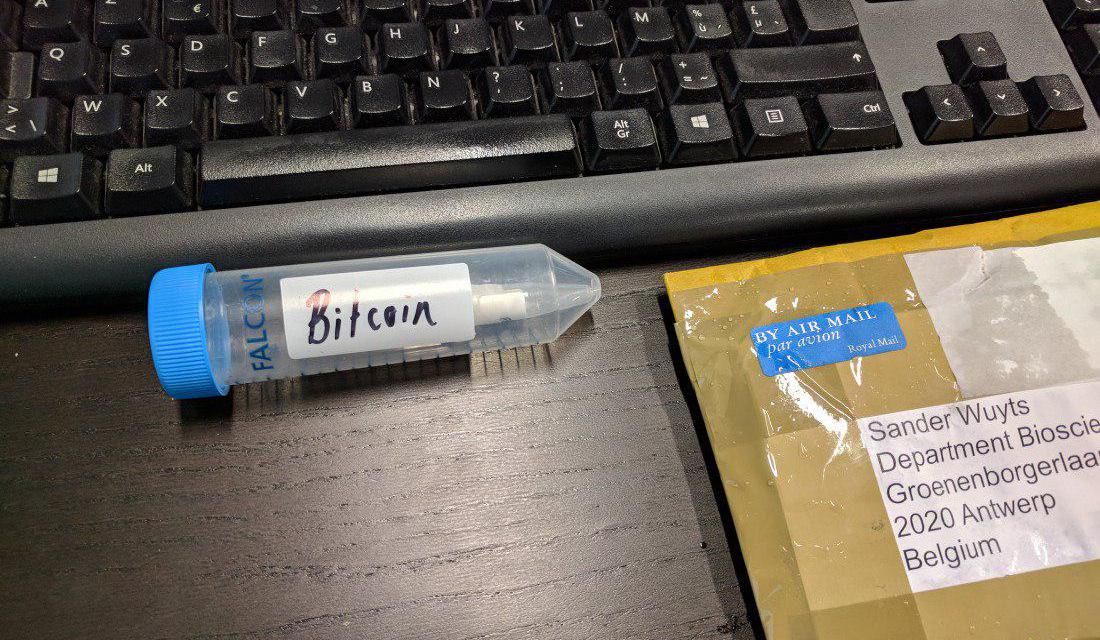 During the World Economic Forum in the city of Davos (2015), scientist and investigator Nick Goldman (@EBIgoldman on twitter) presented his latest discoveries about storage of digital data in DNA sequences. Thanks to his personal work Goldman managed to find a method to translate and encode the binary code of digital files and “store” them in DNA sequences.
On January 21, 2015 Goldman made his presentation to the scientific community. Such presentation alone was amazing, but something surprised the audience even more: The challenge he proposed after finishing his words.
Each of the members of the audience was given a test tuve keeping DNA samples, with the private key of a wallet storing 1 Bitcoin encrypted on such sequence. The person able to decipher the sequence and read it, would receive the coin as a reward.
But how is it possible to insert a bitcoin in a DNA chain?
While this process may seem innovative, it is not as recent as many might believe. Previously some scientists had managed to insert digital information such as movies or operating systems into the DNA sequences.
The information was divided into short strings of binary code. Using an algorithm, they randomly packaged and mapped data at the four nucleotide bases of DNA: Adenine, Thymine, Guanine, and Cytosine (A, T, G, C). Adenine only binds to Thymine, while Guanine binds only to Cytosine. Knowing these factors, the digital data was converted to biological data, getting to synthesize a DNA molecule with the encrypted message.
Sander Wuyts (@s_wuyts on twitter), a PhD student at the University of Antwerp, joined the challenge two years after Goldman presented the synthesized DNA and the information inside it; in fact he asked Mr Goldman to send him a test tube to start to work. He undertook a quest on Twitter looking for some test tubes and subsequently successfully resolved the DNA Storage Bitcoin challenge, days before the established deadline was met.
How was he able to decipher the code?
First, Wuyts was in charge of gathering a group of collaborators who would provide support in the decoding process, then they proceeded to perform the basics, ie decoding the message from a sample of DNA, something that Wuyts in particular had never done. Wuyts and his team used modern sequencing technology to read the DNA strands, followed by software to translate the genetic code into binary. 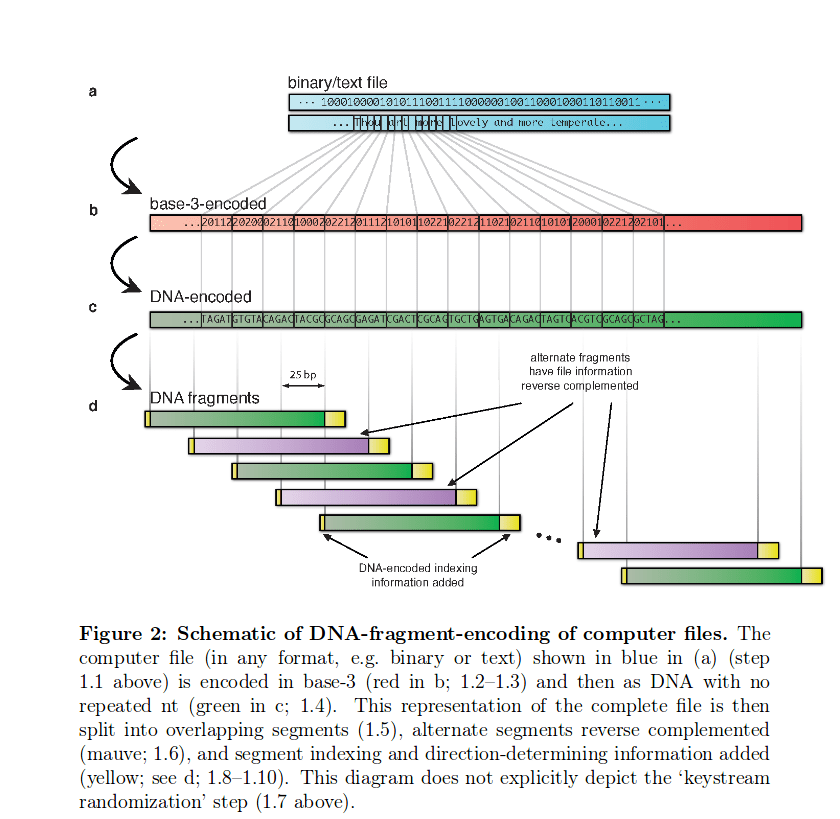 After that, the process of decoding was carried out, for this Wuyts asked for help to his colleague Stijn Wittouck, who knew how to take advantage of his knowledge in Python to achieve the file.
The final phase of the process lasted a month, and just when there was a week to close the contest, Wuyts managed to debug the code and decode the riddle. The message for the winner said:
“Congratulations on sequencing and decoding the retro Davos Bitcoin DNA! (…) If you are the first to decode the Bitcoin challenge, you can claim the prize. The Bitcoin has the address: 19vudYio7R61dSJpi1kEdAV6brjSFUzU7K and you can see it online at https://blockchain.info/address/19vudYio7R61dSJpi1kEdAV6brjSFUzU7K. To claim the bitcoin for you, you need to know the private key. Here it is in various formats “ 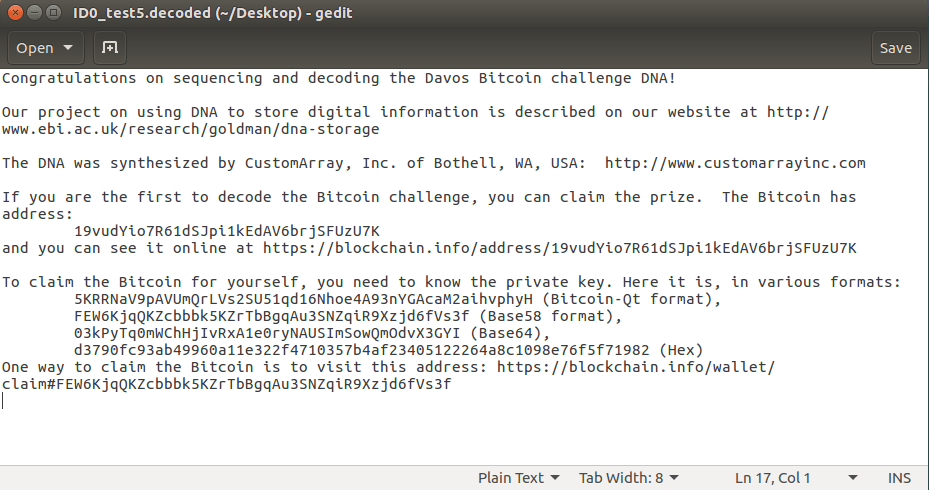 But the adventure did not ended there: after that,  Wuyts spent the next 20 minutes trying to figure out how to “sweep” bitcoins to his wallet and review the link of the blockchain.info transaction.
Despite his well-deserved award, Wuyts doesn`t believe Bitcoin has a future (or maybe he doesn´t understand it), and said that he will most likely change it for fiat money, since he does not consider it an element capable of maintaining its long-term value.
In the end the most important thing for Wuyts was not the monetary gain, but participate in the challenge, since the scientist remained skeptical with regard to the roadworthiness of this type of storage in the DNA code, but after the experience he aspires to use the knowledge acquired in future research.
Following the blockchain we observed that the bitcoin was sold and the wallet is empty. Another smart move by a very intelligent Sander Wuyts given the bearish run bitcoin is facing right now. 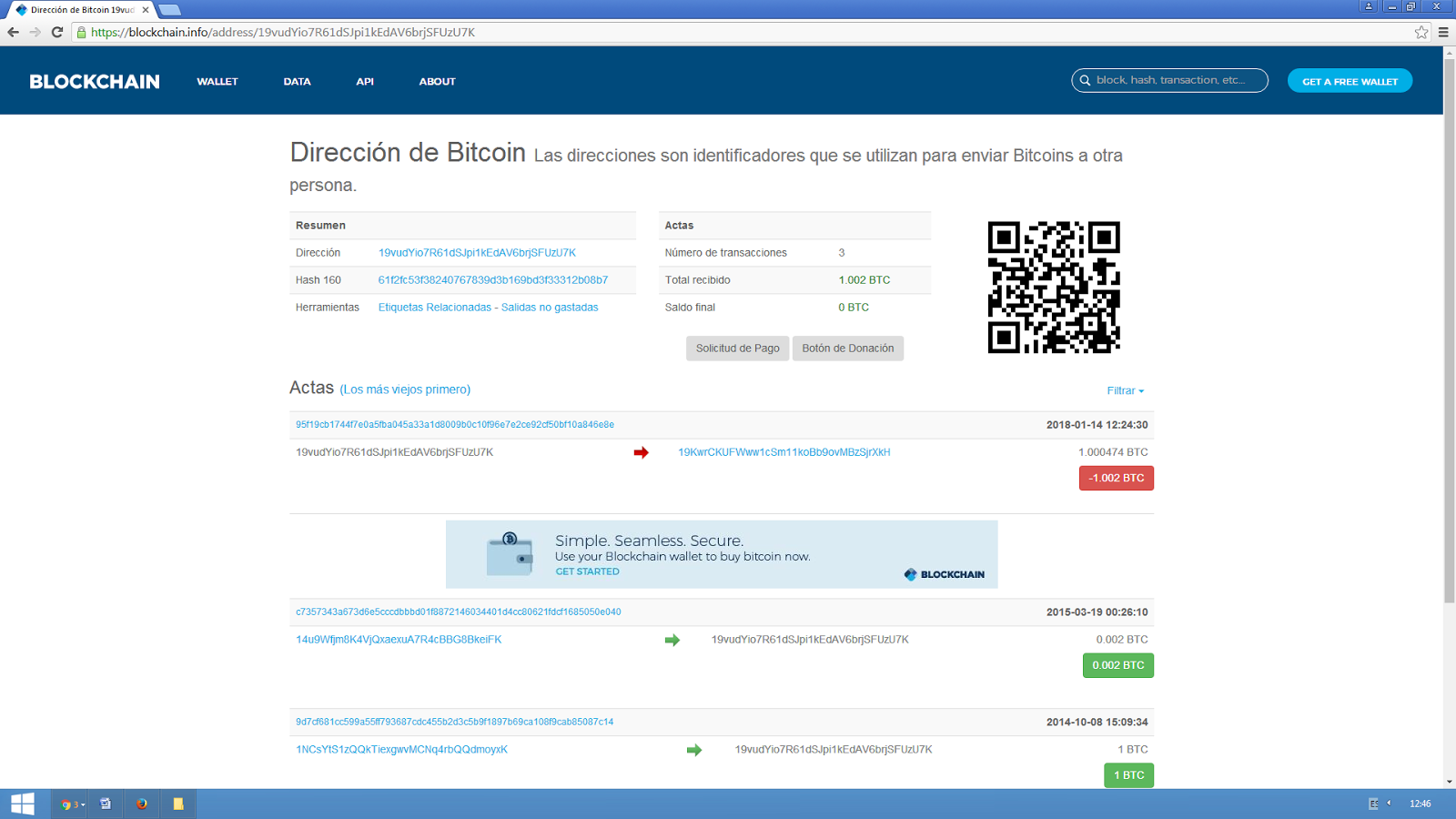 Science and technology never cease to amaze us.