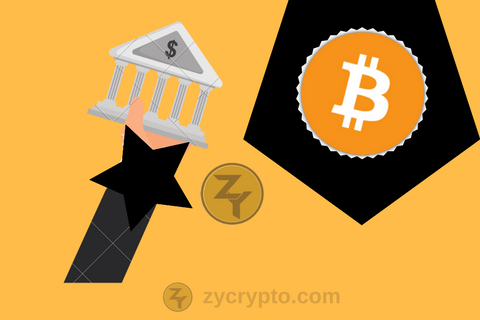 We saw in the news earlier that about 10 strongest and biggest banks in the world are preparing to launch the phase 2 of their own blockchain  cryptocurrency project,which first launched in 2015,  which is said to aid them in settling transactions over blockchain.
Luigi wewege also said that the coin has the power to blow off other cryptocurrencies, especially the most rival of all coins “bitcoin” out of the market.
Banks that have joined the projects so far are , Credit Suisse, Barclays, Canadian Imperial Bank of Commerce, MUFG, HSBC ,State Street, Deutsche Bank , Banco Santander, BNY Mellon and NEX have all joined the “utility settlement coin” project launched by Swiss banking giant UBS.
The coin will let businesses and companies pay for securities without waiting to complete traditional money transfers. Hyder Jaffrey, head of fintech innovation at UBS in a statement said…….

In a meeting on the project the banks said that the current clearing and settlement system is viewed as inconvenient and burdensome in comparison, taking up to three days to clear a trade and tying up cash in the process and is estimated to cost the global financial system an average of not less than $80 billion yearly.  The blockchain-distributed ledger would allow trades to be done and effected in real time, saving both time and money.
“For instance, if one bank owes $80 million to a rival bank, who lets say has a €60 million debt in the other direction, they could then easily transfer the money almost instantly without delay using this new blockchain system coin that they are working on.
wewege also said that the new bank coin will have a vast and important effect on the cryptocurrency market ,effectively resulting in its association as less useful digital coins gets squeezed out of the market.
The banks have mostly being an enemy and top rival of Bitcoin and from undisclosed sources they plan to push out bitcoin from top and make their coin to be the very best and most used.
what do you think of this, will the banks take bitcoin off ? ,let us know in the comment section below..