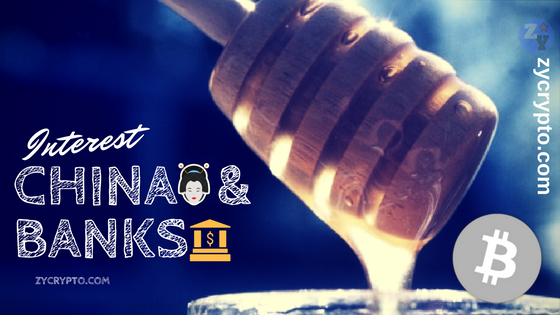 This should be most certain that china, the banks and other regulatory government both have good interest in the great cryptocurrency “bitcoin“, but probably wants to be the one in charge and in control of bitcoin just like fiat.
Bitcoin has been the mouth talk of everyone since the last months and has really gotten many attentions from huge governments and big banks who act like they see the cryptocurrency as an opposition to their finance management.
Just lately, jamie dimon of JP Morgan chase bank, one of the largest banks in the united states made a harsh comment on bitcoin, tagging the cryptocurrency as a fraud, which saw bitcoin price rally down with huge speed over fear from holders.
Jamie had said that he will sack any of the employees who had anything to do with bitcoin , but later now said that his daughter is a strong holder of the cryptocurrency and she believes it has a good future and would not want to get in late.
This brought my attention on why jamie had to say that he will sack any of its employees who traded bitcoin but he allowed his daughter to buy and store the cryptocurrency, isn`t that suspicious ? that he might have also been dealing greatly in bitcoin and probably made the harsh comment so as to buy more : )

Bitcoin was not created to be controlled by any government, banks and anybody

The banks and regulatory governments now seems like they want to control the cryptocurrency, just like they do control fiat money and impose any regulations they feel like on it.
Now what they do to bitcoin is to regulate strict orders on the cryptocurrency, just like the recent banning of bitcoin exchanges in china, just because they see bitcoin as a threat to their local currency and the amount of huge involvement the chinese has gotten into bitcoin.
It is only a new born baby that will say that he or she does not know that bitcoin has a great future and will certainly be the future of monetary transactions. many banks might already been using bitcoin for their inter-bank transfers, who knows : ).
Switzerland has already started adapting rapidly to the cryptocurrency and was also announced earlier that chiasso in switzerland will start to accept bitcoin for tax payment..

Chinese government has been known for imposing regulations on bitcoin ever since its launch from 2009, till date.
The PBOCs statements on regulation always changes because of china`s appetite for bitcoin and would want to control the cryptocurrency ,which bitcoin was not created that way.
If the finance government should adapt to bitcoin, every citizen of a country would easily look up on the blockchain ledger to see how the economy funds were moved, which will also hinder the government from perpetrating their evil acts on mass funds.
Bitcoin will skyrocket to 10K soon , the banksters are predictably greedy and will almost certainly look for some quick profits on their new assets , and the they will bust it again , over and over .
Take this quote from me

bitcoin is for savers, fiat is for debtors

So you should not panic and quick sell whenever you hear strict harsh regulations on bitcoins, as that will only make them buy cheaper because they all know the great future behind bitcoin.