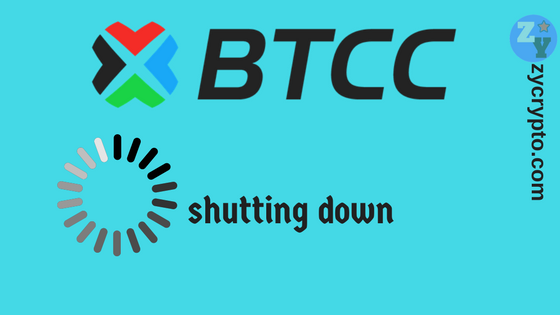 Chinese bitcoin exchange BTCC has officially announced on their twitter page that they will be closing down all trade activities on the site on or before the 1st of October.

This comes as a recent announcement by the Chinese regulators as stated by BTCC in their tweet, as we are yet to see the official announcement of the ban from the PBOC.

1/ After carefully considering the announcement published by Chinese regulators on 09/04, BTCChina Exchange will stop all trading on 09/30.

This also comes after the CEO  and co-founder of BTCCHINA, opened a voting poll on twitter on September 8, on if the rumor about china banning bitcoin exchanges was true or false, which about 82% voted it as fake news.

According to theverge, an anonymous source has said that the recent Chinese clampdown on ICOs and bitcoin exchanges might be because of the great growing popularity of bitcoin in China, of which the Chinese government sees it as a threat to their fiat currency and economy.

BTCC has tweeted another post stating that the mining pool will continue to function as well as some other BTCC products.