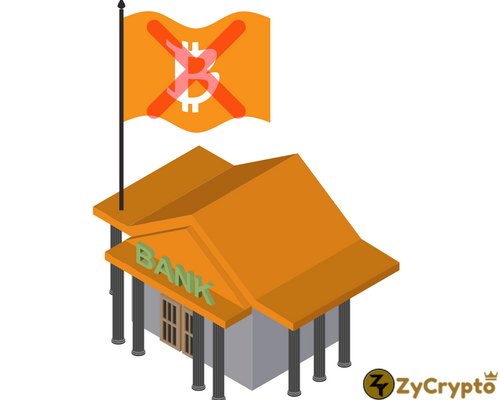 The Canadian bank, Bank of Montreal, has started to block transactions done by its customers and originating from its banking infrastructure for cryptocurrencies. The news was first posted by a Reddit user, who is also a Bank of Montreal customer and who has been affected by the block.
The Reddit user says that he received a letter from the bank stating the bank’s intention of blocking cryptocurrency transactions. The letter states that the reason the Bank of Montreal is taking such decision is to protect its users, its clients as well as the bank itself from the volatile and dangerous nature and world of cryptocurrencies.
The bank says that customers who try to make payments for cryptocurrencies using the bank’s or BMO’s credit and debit cards and even the internet banking system would not be able to do so anymore. They would instead be informed in a message that their transaction could not be completed due to an error. The bank also says that their new policy has been put in place with immediate effect.
Ironically, just a few days before, it was reported in the media that the Bank of Montreal had agreed to provide banking services to a new brokerage platform exclusively for cryptocurrencies. The new platform would only be catering to Bitcoin and Ethereum aficionados initially and will only have those two digital currencies initially, with support for more cryptos to be added later in accordance to user demand.
TMX Group is the big name behind the new brokerage platform. The company is the owner of the Toronto Stock Exchange and has ownership of various financial companies operating in Canada like the TSX Venture Exchange, the Canadian Depository for Securities, the Montreal Exchange as well as a plethora of other companies. It also has minority stakes in various other companies too.
The decision from the bank to block cryptocurrency transactions for its users appears to be puzzling as it has no qualms supporting the same transactions for the brokerage platform.
But, it must not come as a surprise, as banks are doing all they can to restrict cryptocurrencies among the general public as they see the whole concept of cryptocurrencies as a competition to the traditional banking system.
Cryptocurrencies aim to weed out the middleman between the transactions done by two parties, and usually this middleman is the bank, who keeps a cut of the amount transacted between two parties. It remains to be seen if the bank stays put on its demand or succumbs to user pressure to restore cryptocurrency services.