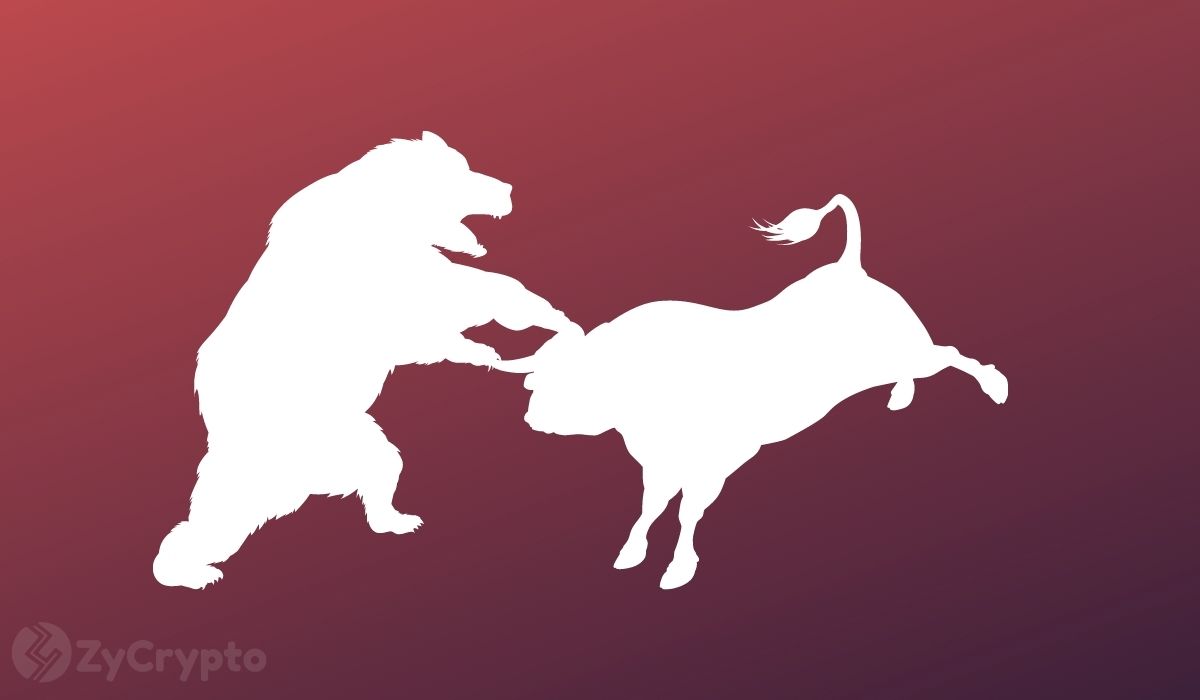 CryptoWhale, an unusual crypto market pundit has long been observing the market. The analyst who is popular for making calls that most times go against popular opinion has turned out right on several occasions in the past.

One such occasion was his call in April that the Bitcoin market would crash pre the May market correction that saw Bitcoin lose 50% of its value subsequently. In April, “CryptoWhale” warned that the market was likely to see record-breaking liquidations soon, advising traders to take profit and manage risks as Bitcoin was overvalued due to leverage trades.

Recall that earlier this year, the Bitcoin market reached a market cap of over  $1 trillion, and reached an all-time high of over $63,000 in May, but has since then lost over 50% of its value.

Following the slight surge that the Bitcoin price is experiencing which has seen it rallying gradually on the back of the B-Word Bitcoin conference held last week Wednesday, CryptoWhale who strongly believes the bull market is over has stated that he believes the move to be a “dead-cat bounce” – crypto parlance for a price surge that will not last.

“Bitcoin will eventually tank again, and fall to yearly lows. This bounce is a fake-out rally and is aimed at luring people in for the next big rug pull. I warned about this pump last week, and it’s aging perfectly. We aren’t going to all-time highs. Control your FOMO” he said on Twitter adding that market participants should as much as possible take profits on the rise before the price drops again.

Bitcoin’s price has climbed gradually since Wednesday; over the weekend, the price surged about 15% following rumors on amazon adopting crypto payments after a series of crypto-related job postings, currently trading at about $38,000, whereas it was in the $29,000 range last week. While most Bitcoiners are optimistic that the resurgence is here, CryptoWhale has stated otherwise adding that Bitcoin maxis were in an elaborate conspiracy to pump up the price for their profit.

Notably, complete confidence has not returned to the market; the surge seems to be an offshoot of market participants testing the waters following renewed hope after the B-Word event and the market can drop yet again if the trading levels are not sustained.

All it could take for there to be a reversal in the currently highly volatile market may be another market-moving event like a government announcing an ill-timed FUD causing news, miners facing further sanctions, or other institutional investors exiting the market with massive publicity.

However, Bitcoin’s price could very well go on to achieve the speculated $100,000 value by the end of the year if none of the above happens or the market shows high resilience in the face of challenges.