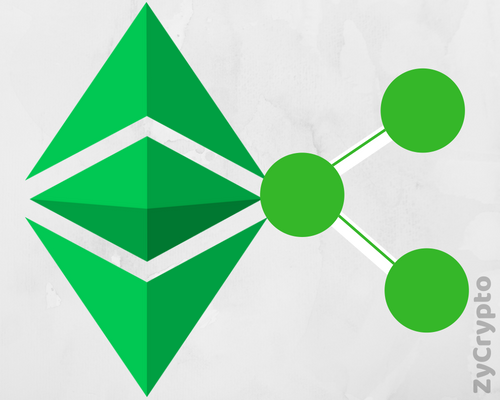 Questions about Ethereum classic emerged and became a center of attraction after Coinbase Announced it was listing it on their platform. Just as it is known, any coin that finds itself on the Coinbase platform is probably not any ordinary or fake coin.
In a bid to clearly understand what Ethereum classic is, and the kind of functions it performs that earned it a spot on Coinbase, this post is will attempt to provide all the necessary details.

Ethereum classic has been explained on their official website as a smarter Blockchain, a network, a community and a digital asset that takes a step further. The introduction of the Ethereum classic coin was meant to incorporate the functions of Bitcoin and even provide more.

Just like most of the popular cryptocurrencies, Ethereum Classic builds its philosophy on immutability. It is almost impossible for its account to be modified, and balances to be determined by those with a larger share of the coin.

In most cases, holders of a larger share of a cryptocurrency determine the price in the market, however, Ethereum classic explains on their website that their blockchain does not work on that philosophy. In this case, they protect the balances of the fewer coin holders.

In 2016, $50 million worth of Ethereum was stolen from a venture capital fund known as DAO after raising $168 million to invest in a project using a smart contract. According to information, the vulnerability in the system caused the DAO team and the Ethereum community to find a solution of which a consensus was reached to lunch a hard fork.

A portion of the Ethereum community disagreed with the decision on the ground of immutability problem. This gave birth to Ethereum classic. According to them, the Ethereum blockchain cannot be changed, explaining the reason for keeping the unforked version.

The price history of Ethereum provides clear information on how the cryptocurrency market works. In March 2017, Ethereum classic traded at $1 and recorded a slight change in price curve to trading close to a dollar in the subsequent months until after May 2017.

On January 14, 2018, Ethereum classic recorded its highest price, trading at $45 before falling off the peak to settle at its current price of $11. Currently, it has a market supply of around $1 billion and an available supply of $104 million.

Also, its Total supply is fixed at $104. Its available supply and function make it one of the best investable assets in the crypto market.