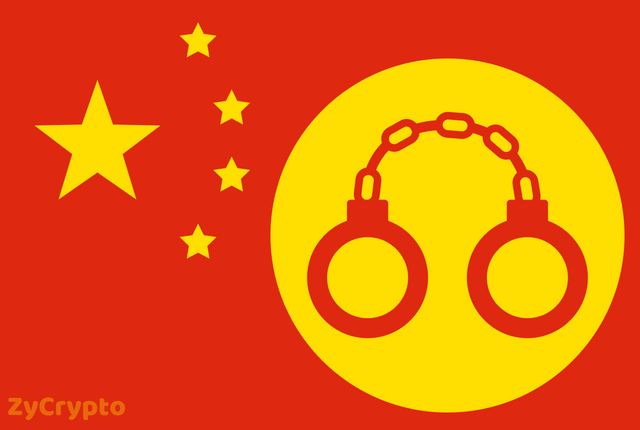 Many people in some quarters are beginning to trust the police in carrying out tough investigations to conclusion. Previously, what had been common was credit card hacking and online dating scams. Recent development had shown that this syndicates work in a coordinated manner so as to avoid been caught by law enforcement agencies.
Chinese officials were able to nabbed three suspects for stealing about $87 million or 600 million Yuan worth of cryptocurrency from different computers, since they believe that they could not be arrested due to the virtual nature of the currencies.
However, late last year and in Feb 2018, the moves for the total ban of crypto activities like trading, exchanges, invrsting was banned as were announced in a report by Financial News, the newspaper arm of the People’s Bank of China, which said the aim was to snuff out the “dying cinders” of cryptocurrency trading and initial coin offerings “which are glowing once more.”
They were able to block all websites that has something to do with cryptocurrency and also delete such applications from online stores and programs in smartphones.
A victim of such hack by surname Zhang was bold to approach the Police in the northern city of Xian in March to complain that his cryptocurrency assets worth $15 million or 100 million Yuan was hacked after his computer details was accessed through hacking. Most of the crypto assets that was stolen are made up of bitcoin and ether.
Police knowing that this could take a longer time began to trail how transfers was done through exchanges until a suspect by last name Zhou was nabbed in the central province of Hunan.
His cooperation with the police authorities led to the successful arrest of two other suspects who in total had stolen about $87 million or 600 million Yuan worth of cryptocurrency by hacking through computers of companies and individuals.
Their level of expertise in this crime led to coordinated efforts by police in three provinces to see that they are charged to court after six months of investigation.