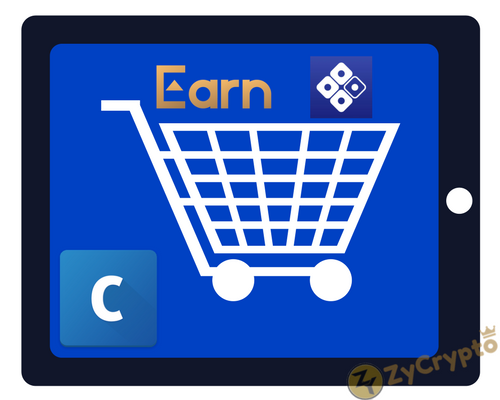 The Cipher browser developed by HardFork Inc. is the world’s first full-featured mobile Web 3 Decentralized browser and wallet built for the Ethereum blockchain. The browser makes it easy to interact with decentralized applications that are powered by Ethereum through your mobile device and allows you securely store, send and receive ETH and other ERC20 tokens.
Coinbase acquired the browser to improve a similar project currently in development by the company, named Toshi Ethereum network browser. This was made known in a tween by Coinbase on Friday, April 13, 2018.
Coinbase has taken another step to bolster their staff.  The digital assets exchange giant is currently in expansion mode, and has acquired Earn.com as the latest move in their plan to dominate the blockchain industry in the United States. Prior to this acquisition, behind only Coinbase, Earn.com was the second highest funded blockchain company.

Earn.com was originally called 21 Inc.  They sold personal bitcoin computers that were designed for mining or creating applications for bitcoin’s blockchain.  In 2017 they changed directions and became known as Earn. Earn.com has created a platform where users can earn bitcoin for activities such as answering emails.
Of course, you’d have to have an active enough community and some kind of expertise to garner enough demand for people to pay for your reply. Now, after merging with Coinbase, Earn will up their game and expand its services for users to earn bitcoin for microtasks, and conceive faster, more efficient means of processing micropayments.
The companies did not make make the details of the deal public, but according to Coindesk, Coinbase purchased Earn.com for $100 million.

“Earn has built a paid email product that is arguably one of the earliest practical blockchain applications to achieve meaningful traction. We will keep Earn’s business running because it’s showing a lot of promise and potential.”

Coinbase has been busy in its quest to build up their company.  In the last few weeks they have made a series of big profile acquisitions and hires. Most recently they bought Cipher Browser in an attempt to improve accessibility, move towards universal ERC20 compatibility and to give dApp developers more tools to experiment.
Prying workers away from heavy hitters in the tech industry seems to be a high priority strategy for Coinbase. The budding blockchain giant has made some high profile hires and has stolen away some talent from tech industry leaders such as Hewlett Packard, TD Ameritrade, LinkedIn, Twitter, and Facebook.
Earn.com’s CEO, Balaji Srinivasan, will now serve as the Chief Technology Officer and will be tasked with extending Coinbase’s approach of poaching top talent by recruiting the best in the engineering sector.  Srinivasan envisions a bright future for blockchain with Coinbase perched atop the crypto mountain.
Peter Kim, the developer behind the Cipher Browser project is now the head of engineering at Toshi (Coinbase) and will integrate some features originally in the Cipher Browser into the Toshi browser.
“Everyone is aligning behind Coinbase as the winner of blockchain in the U.S.,” Srinivasan said.  He also brushed away blockchain naysayers, disregarding and talk of a bubble, by comparing the new technology to the eruption of social media.
“Facebook for almost 10 years was called a fad and a bubble. Then it became this gigantic thing. Blockchain is like that.” As Coinbase builds momentum and continues to add talent and fresh ideas to their family of innovation, Srinivasan’s vision could be a reality sooner rather than later.