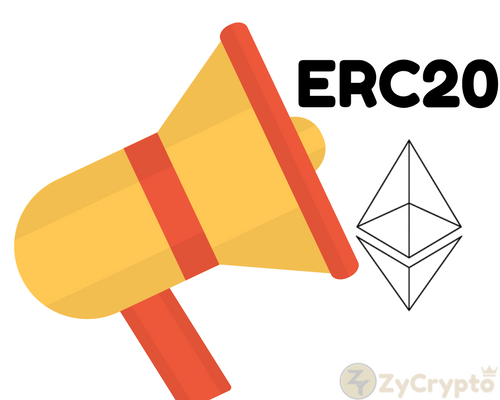 The popular North American exchange house Coinbase, one of the oldest, most solid and controversial ones, announced on March 26 its intention to work on adding support for ERC20 tokens created under the Ethereum network.
This could represent an attempt to innovate the market model of the veteran bureau de change, which has lost its power over new competitors such as Binance and some less popular alternatives like Decentralized Exchanges.
In a statement posted on their blog they mention that it is simply an intention without disclosing which token they might have in mind:

“We’re excited to announce our intention to support the Ethereum ERC20 technical standard for Coinbase in the coming months. This paves the way for supporting ERC20 assets across Coinbase products in the future, though we aren’t announcing support for any specific assets or features at this time.
We are announcing this both internally and to the public as consistent with our process for adding new assets.”

This move by Coinbase is extremely positive since many cryptos today are actually ERC20 tokens, so their operation in the Exchange House could increase not only their capitalization but also the popularity of Coinbase, which since the allegations of dishonest support to BCH over Segwit, has seen users negatively perceived the services and work ethic in which they operate.
For now, they have mentioned that in order to list such tokens they would first have to be approved by GDax (Global Digital Asset Exchange). To ensure transparency, Gdax will wait for additional regulatory clarity before deciding which ERC20 assets will support.
After completing this procedure, the items accepted in Gdax will be listed for trading through the CBI methodology.
The team has so far mentioned that they do not plan to support ERC20 tokens for Coinbase Commerce, which may be more for technical than other reasons.