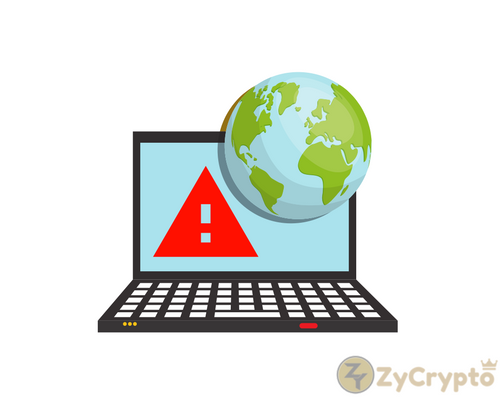 The FBI has issued a warning recently about an online scam fueled by cryptocurrency. The scam works by threatening people with death unless they transfer over all their Bitcoin to the address given in the email.
They also revealed that a person received such email which had traumatized her and there may be countless more instances of such emails received by other users in the vast online web.
One of the recipients of such an email was Christine. She said that she knew that the email was a lie designed to defraud her, but the way the email was written disturbed her deeply and the contents of the email never went away from her mind.
The email demanded $2800 in Bitcoin as ransom and threatened that the sender had got an order to kill the recipient of the email and was keeping a close watch.
Christine, who declined to provide her last name, knew she was not being tracked. But the contents of the email was clogging her mind space and she was very worried about her well-being when she was outside. She also looked around to notice any signs of danger which she did not find ultimately.
According to FBI agent Laura Emilier, the email is one of the new ways criminals have devised in order to extort innocent people of all their money. She further explained the vulnerabilities one is subjected to when online and reiterated that online bullies would leave no stone unturned to harass normal people on the internet.
Investigators said these emails are designed in such a way that even educated and aware people fall into these traps very often.
Concerned about her safety and well-being, Christine went on to FBI’s Internet Crime Complaint Centre website to report her incident. The website gives safety information and tips to people facing harassment online and also tracks suspicious activities.
The FBI agent also said that they receive 800 such reports from citizens in the United States on a daily basis. But she said that these complaints are highly underreported and only make 15% of the total scams that take place on the internet daily.
She also said that even if one person sends money to these fraudsters, it is a win for them as they are, in a way, getting free money with zero effort.
The privacy and anonymity offered by cryptocurrencies have made it a medium of choice for transaction of funds for illegal activities. With no banks or governments to check their flow, the currencies are being used by an increasing number of criminals wanting to hide their deeds.
With Monero rising as the new cryptocurrency of choice for criminals replacing the ubiquitous Bitcoin, it remains to be seen how communities implement steps to clean their currencies of illegal holders.