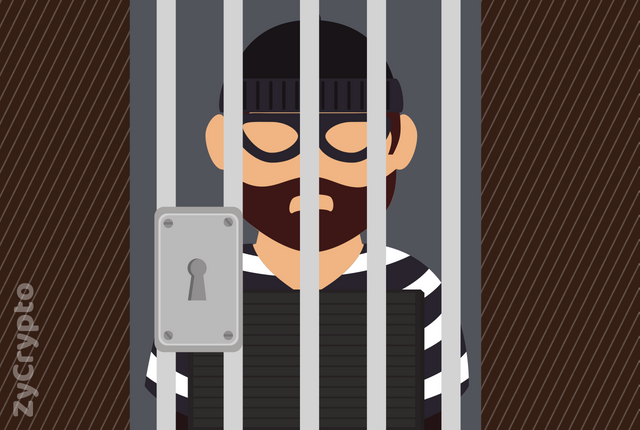 A man from Arizona is facing a 41-month jail time after he was nabbed and convicted of money laundering. The sentence, announced by the DoJ (Department of Justice) came after a jury passed a guilty verdict on Thomas Mario Costanzo.
Mario stood five counts of money laundering in which he was accused of using bitcoin to launder drug money and helping drug dealers do the same. The sentence that was passed on March 28 will cover the time he has served in custody since April 2017. Mario is a former exchange operator and crypto trader.

As reported, Mario’s home was searched by federal agents after he was suspected of money laundering as well as illegal possession of ammunition. Apparently, he was laundering money using a peer-to-peer exchange that he operated on his own.
According to the evidence adduced in court, Mario had laundered money totaling to $164,700 over a period of 2 years. Unbeknown to him, the money was from a federal agent working undercover to unearth the laundering scheme. Mario laundered the money, believing it to be from cocaine and heroin traffickers.
Even more interestingly, according to the evidence presented, Mario was more than willing to help the undercover agents when they approached him disguised as drug dealers, even going ahead to suggest that they use his laundering services to keep their business safe from detection by law enforcement.

In a separate charge, Mario was convicted for using bitcoin to buy drugs as well as helping others buy through his exchange while disregarding the critical know-your-customer authentication protocols. During his conviction, the Department of Justice said that each of the charges mentioned was subject to a jail sentence of up to 20 years.
While ruling on the cases, the court also ordered the forfeiture of about 80 bitcoins found in Mario’s possession. The cryptos were provided to Mario by the undercover federal agents.
This is not the first incident that a person has been convicted in a case regarding cryptocurrencies. Just recently, another former exchange operator and bitcoin trader from Los Angeles nick-named “Bitcoin Maven” was convicted and sentenced to a 1-year jail-time for using her exchange to run illegal money transfer operations.

Is Bitcoin Really Leading to An Increase in Money Laundering?