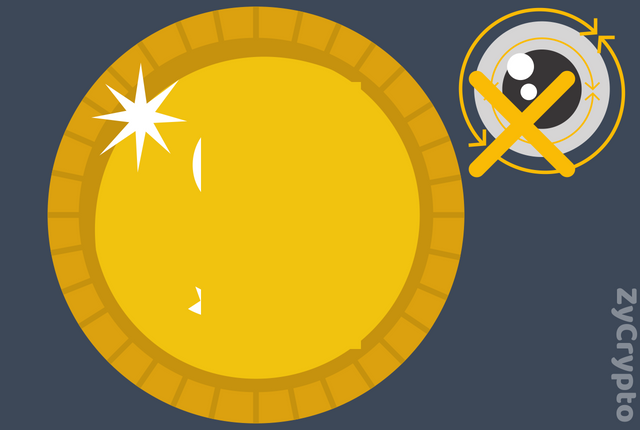 Privacy and anonymity are two invaluable principles, especially when it comes to online financial matters. Now that digital cash is becoming trendy, you ought to be keen on anonymous cryptocurrencies. After all, with governments, regulatory entities, and potential criminals snooping at your online transaction history, keeping your digital transactions confidential should be a priority. In this article, we discuss various coins that will assure you anonymity. Click on the link to read more.

Online privacy and financial obfuscation is something that concerns many people. To some people, the real definition of crypto is privacy; they believe that “privacy is an inherent right”. That makes sense because: I’m certain nobody likes the idea of government entities, financial authorities, and even criminals scrutinizing their financial activities.
Also, with governments cracking down on cryptocurrency activities, and imposing tax duties on peer-to-peer cash like bitcoin, seeking anonymity when dealing with crypto seems like the right thing to do.

This article highlights various anonymous cryptocurrencies you should know about. As you may have figured already, bitcoin and other altcoins like Ethereum and Litecoin provide zero anonymity.

In the early days of bitcoin, almost everyone thought it was anonymous.  The FBI had released reports arguing that criminals preferred to use bitcoin to move money because of its pseudonymous nature. It even seemed like a fine option to dark web operators because transaction details listed on the blockchain specified no real identity of the user.

That was not until revelations that bitcoin transactions on the blockchain can be exploited to unmask the true identity of the user. If you look at the Silk Road incidence, the FBI was able to arrest the notorious drug dealer who operated in the Dark Web – just by analyzing transactions’ trail on the blockchain.

Likewise, in a research study conducted by experts at the University of Qatar, experts were able to ‘crack’ the identity of a TOR user who relied on bitcoin to make payments.
Remember, bitcoin’s network uses public keys as identifiers.  We can liken the public key to a pseudonym or an assumed name. Because transactions are public, a trail can be established that links the generated address to the real identity. Like, say you buy some bitcoins at Coinbase.

You will not only provide personal documents for you to trade but also you will link your bank account with their system.  This means, your once anonymous bitcoin address is now linked to an account with a real identity; Coinbase or law enforcement can exploit this opportunity to unmask your true identity.

Check out this video about the Rise & Fall of the Silk Road, the world’s largest black market.

Ever since bitcoin was invented, so much innovation has taken over to scale the blockchain technology to higher heights. There is no doubt, this wave of blockchain revolution will sweep across many industries, stimulating tremendous changes.  For sure, innovation centered around bitcoin (both its flaws and technology) steered the development of privacy and anonymous coins.

Let us look at various anonymous cryptocurrencies out there.

Before rebranding to the coin we call PIVX, this project was earlier known as Darknet (DNET). When it started out in early 2016, it relied on Proof of Work mechanism before transitioning to a Proof of Stake system.

Furthermore, the coins generated are fungible, meaning no determinable history is tied to them. To enhance decentralization and transaction privacy, PIVX also utilizes servers known as Masternodes.  With the concept of master nodes, PIVX provides not only private transactions but also instant payments and decentralized governance on its platform.
The PIVX project has so much going for it. There are plans to integrate a technology referred to as Bulletproofs, a zero-knowledge proof protocol that will reduce PIVX transactions’ size to make the network a truly trustless Zerocoin setup.

Zcash is an updated version of an earlier project known as Zerocash.  Built from Bitcoin Core’s codebase, it uses a public blockchain, but payment details remain confidential. To validate and anonymize transactions, Zcash also relies on the technique of the Zero-knowledge proof, a concept they call zk-SNARKS; this technology enables encrypted transactions to be verified while avoiding double-spending. On the Zcash platform, users can opt for transparent and public transactions or shielded transactions.
The Zcash team is quite passionate about its project. Not only do they have their forum for Zcash enthusiasts, but also they have set up a profile page with background information about the developers and advisors onboard.

Zencash is an innovation of the Zcash codebase; however, it is more than just digital currency. It is a platform that can be used for private communications and private economic activity. To anonymize transactions, Zencash uses Zero-knowledge proofs technology.

On top of this, ZEN uses advanced servers known as Secure/Super Nodes to decentralize the network, thereby making it censorship-resistant. Thanks to Super Nodes, the ZenCash system provides a platform for enhanced services. Different services can be built on its infrastructure, including:

Blackbyte is one of the built-in currencies that makes up Byteball; the other is known as bytes. While bytes are can be traded on a public blockchain, blackbytes transactions are entirely private and untraceable. Transactions made in blackbytes are not stored in a public database; rather, transactions are relayed from peer-to-to-peer. Another added advantage of blackbyte is that its integrated with TOR network to enhance anonymity. You can further augment this by using anonymizing services like ExpressVPN; their TOR VPN hides your own and destination IP from Tor’s entry and exit nodes.

Unlike most cryptocurrencies that use the blockchain, Byteball leverages on a different consensus algorithm from that used by bitcoin and most altcoins; it uses data structures known as Directed Acyclic Graph (DAG). Compared to Proof of Work systems, DAG is more scalable. Other than terrific technology, blackbytes has garnered a dynamic fan base.

Bytecoin is an open-sourced and decentralized digital currency that is powered by the Cryptonote technology. This technology not only makes it virtually impossible to see a user’s payment details but also it allows the implementation of a cryptocurrency that features an egalitarian ideology. Bytecoin provides anonymous cash settlement; transactions are anonymous and impassive, guaranteeing the user ultimate privacy.
Also, Bytecoin uses an algorithm called CryptoNight that ensures Bytecoin mining is ASIC-resistant.  With ASIC miners out of the picture, it is possible to achieve a more decentralized network.

DeepOnion is yet another privacy-focused cryptocurrency.  It is more of a hybrid cryptocurrency because it uses both PoW and PoS consensus algorithms. To make transactions completely anonymous, Deeponion uses the TOR network with a combination of stealth addresses. With advanced protocols in place, payments are instant and untraceable.

Aside from offering financial privacy, DeepOnion has integrated a protocol they call VoteCentral; this is a voting mechanism that will allow community members to have a voice regarding the coin’s future development. Then, there is the DeepVault feature that will enable users to store files on the blockchain cryptographically; the data stored would be immutable. As of this writing, the Deeponion project has attracted a strong following with over 13k members.

Cloak is not a new project in the crypto industry; it has established history as a veteran privacy coin. Being a Proof of stake currency, it is a friendly-to-use coin. More importantly, it provides users with untraceable payments through two strategies: multi-level protection through the onion-routing system, and transactions’ cloaking using the Enigma mixing protocol, where Enigma Nodes shuffle transaction data with other random data to obfuscate the transactions.

Apart from being user-friendly, transactions are fast at a speed of 60 seconds, and since it is PoS based, you can always earn 6% interest yearly for staking coins in your wallet.

I cannot stress enough about the importance of privacy when transacting online. Transacting with anonymous coins will keep third parties from snooping on your online, financial activity.

Also, if you are hoping to find worthy altcoins to invest in 2018, perhaps you could settle for one or two anonymous coins from this list. Just be sure to dig enough for the info to see the kind of project you are getting yourself in to.

Have you learned about new anonymous coins you did not know before reading this article? Spread the word to your friends by sharing it with them.

Mastercard has a new Patent for Anonymous Directed Blockchain Transactions