XRP is becoming widely adopted by the day, and its price has remained positive after the bearish period. Now the digital asset utility has increased in volume, new wallets are being added to the platform with 150 pairings in a period of six months.

Though XRP’s price was stagnant in the first quarter of 2019, it took up immediately after bitcoin rose in price recording a high trend in the month of May. The first week of June saw the asset rising to $0.41. Analysts are speculating that its price could reach $0.50 sooner than expected if the bull run continues. 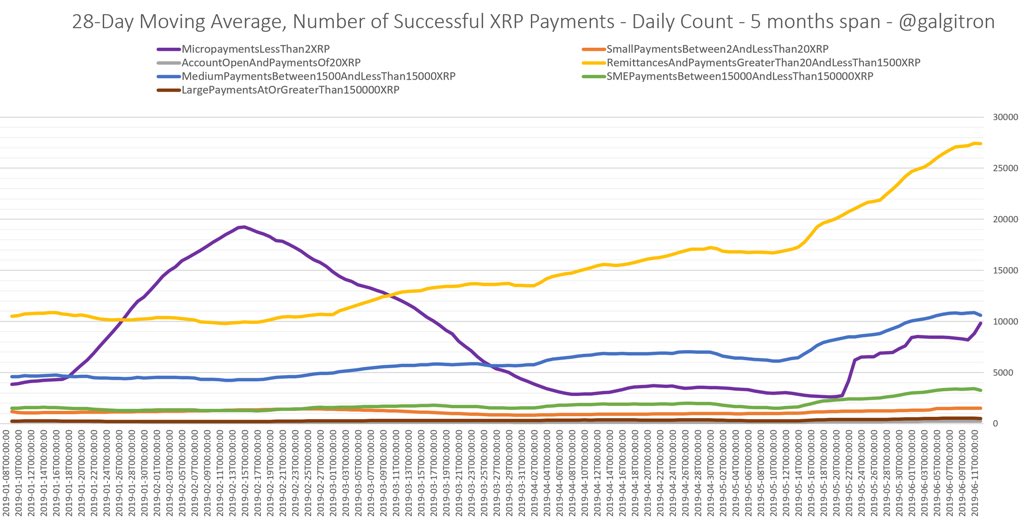 According to market analysis, a boost in the XRP utility can be attributed to a lot of factors. Though Ripple Labs, the Fintech company behind the digital token has been more focused on promoting cryptocurrency to the mainstream, the native token is also affected positively by their performance. There are various factors contributing to the boost to XRP utility growth.

Ripple Has Continued to Expand its Network to Cover New Regions

Besides signing more banks and financial institutions, Ripple is widening its coverage. The latest move it made is opening an office in Brazil, this happened immediately after connecting with banks in the UAE.

More wallets are being created on the platform as Ripple forms alliance with more banks. Ripple is now moving to expand its coverage to the Latin America region.

Integration of xRapid With XRP

Since Catalyst Corporate Federal Credit Union integrated xRapid and XRP, it became the first blockchain-based application of cryptocurrency by financial institutions in a commercial product. This technology provides a low-cost liquidity solution for emerging markets. It uses XRP to help banks move money across borders.

This made using XRP the easiest global means of cross-border payments. But investors are still skeptical about the XRP growth, they may not want to take a plunge until there is a certainty that the positive momentum will last for a while.