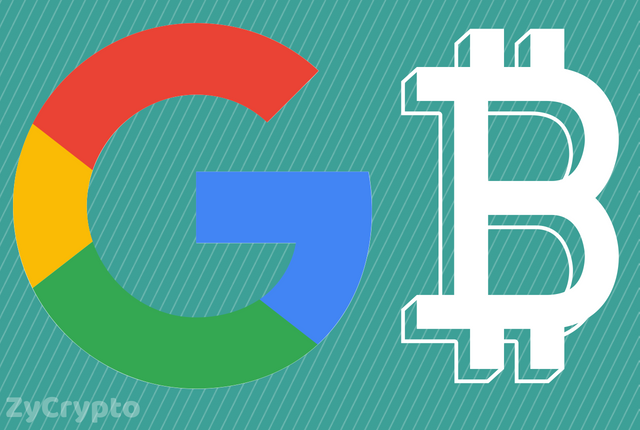 It appears, according to a particular observer of emerging technologies, George Gilder’s latest theory ’Life Ater Google,’ that Google’s days as the world’s dominant technology are numbered. In a telling discussion, the author candidly discusses the sure growth of bitcoin due to its blockchain technology.
He claims Google will be diminished as a “virtual planetary parallel computer” will overtake the array system of GPU and CPU that Google continues to engage in at its data centres. The numbers differ in mere millions in terms of server, the technology expert has claimed.
Google’s limitation in the future would be its centralized architecture, predicts the pro-bitcoin expert.

It is Mr.Gilder’s view that,“The cryptocosm can mobilize computer power in volumes that dwarf even the data centers of the leviathans. In this case, the advances in computer science pioneered at Google serve to emancipate the world from Google’s silos.”
The biggest limitation for the technology giant, it appears is it very core infrastructure – centralised architecture.
Now, that decentralised database is the next curve in the long route of technology evolution, the jump for such companies invested in the long term on the centralised theme could be difficult to break out.
Gilder’s points out that the architecture for Google could well besieged by bitcoin miners. He claims that, even if bitcoin drops to lower than $1,000, the humongous number of servers present for the purpose of mining would overwhelm Google’s needs. The servers across the mining community would be unparalleled in its capabilities.
They are likely to marshal the virtual ‘planetary parallel computer, ‘ which could in the long term dwarf Google data centres. He opines that the global blockchain would not be able to keep pace due to the limitations imposed by the CPU and the GPU limitations on the block.
Google’s main source of revenue is the advertisement and the prices of these advertisements. While these advertisements are for ‘free’ commitment of content, they cannot be increased in their quantity so as to match and exceed cash flow.
Google, according to Gilder, “bypasses the entrepreneurial learning that is conveyed through the remorseless messaging of price. Without prices, all that is left to confine consumption is the scarcity of time. Beyond the scores of hours a week for its smartphone customers, time is closing in on Google.”
Mr.Gilder’s opinions made for a busy day for crypto netizens. The debate is heated and the divide between those who endorse his views and those who resist the generalisation is very clear, was discussed across the world, most especially on Twitter. Many were quick to point a few inconsistencies in the author’s conclusions, some claiming that the new parallel computer system could never be reprogrammed.

According to Gilder, the ‘seeds of destruction’ are already sown as it relies heavily on search capabilities and the promise to offer services free of cost, using cheap electricity to run its unified, controlled infrastructure of servers located off waterfalls.
That the company enjoys a hegemony currently is not in doubt, but the future could be inclined towards decentralised process, the author concludes, could be the demise of Google Inc.