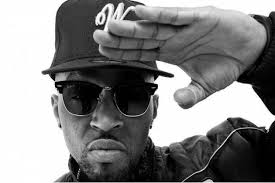 Tech-savvy music producer Christopher Gholson aka “Drumma Boy” is producing more than just music this season. In his latest interview, the Super Producer paid paeans to the latest fintech buzz, cryptocurrency, recommending the music industry should begin using it to pay engineers or booking agents. His recommendation comes from his own experience with this type of virtual currency.
Two years ago, a client paid him in Ethereum for a flight, instead of US Dollars.  The approximate cost of $500 in Etherum in 2016 is now a handsome $7,000 in his account, in less than 2 years. Hence, Gholson sees immense opportunity in using blockchain technology based cryptocurrencies as a payment option in the music industry.

Gholson’s experiences, early in his career, when working with corporate companies eventually led him towards financial technology, to eventually become a XYO network member of Board of Advisors.
A blockchain technology company, XYO Network is one of the first cryptographic-location networks which are decentralised, that is, there is no central agency or bank required to authenticate the transaction. Instead, the network is specific to the cryptographic location when verifying smart contracts, and hence there is no role for third parties such as banks in this system.
Drumma Boy has taken his position as a Board Member of XYO Network and is passionate that others in the music industry too, benefit from blockchain technology instruments.
He says that, the pricing of the,” XYO coin is at an affordable price right now.”
Hence, if payments for a music composed are in a few thousand dollars, then it makes sense for the buyer and the musician to use units of $10,000 or more in XYO coins and “make a flip,” cresting the wave, as it is the currently the fastest growing coin.
He adds that this coin is the first in its category to be sponsor NASCAR. The implication of profitability is evident in this investment he suggests.

Drumma Boy has been a high profile super producer with back-to-back releases of songs for Memphis Grizzlies, Atlanta Hawks, and commercials for SMS Audio and scoring for Beats, by popular singer Dre.
He says that it was during his stints with these big corporate that he had his initiation into technologies from the financial world. As a matter of fact, his induction on the XYO Board came about, when he produced the theme song for XYO, which eventually ended in his advisory capacity with the company.