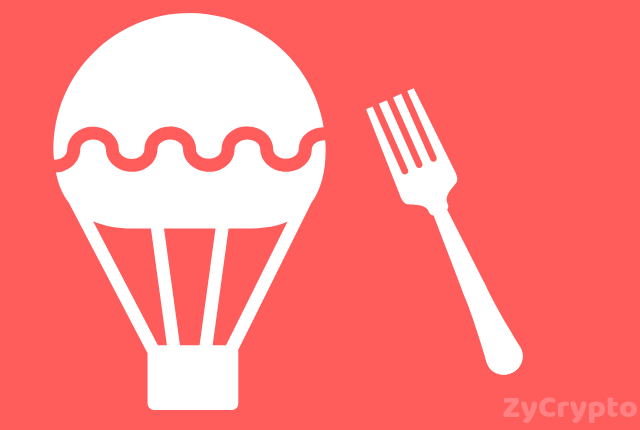 The cryptocurrency industry boasts of many technical terms of which most of them need no tedious search to understand them as they are self-explanatory. One of the frequently used terms in the industry is airdrop.
The word combination alone provides a gist of what it really means, however, it may not have a literal meaning as it may be assumed to be. This post identifies and explains two important most-used terms in the industry.

Airdrop does not literally means “drops” fall from the air or the air really drops. It signifies a free distribution of tokens or cryptocurrencies for a specific purpose. In most occasions, cryptocurrency companies decide to reward their early adopters by distributing a proportion of free tokens to them.
In addition, some companies ask interested parties to perform minor tasks, including liking their telegram page, following them on twitter and few other instructions to stand a chance of getting a portion of the distribution.
As this may be a marketing strategy to get more people on board to build a community, this may also be a strategy to evenly distribute tokens in order to avoid market manipulation by large token holders.
Airdrop is very common among the newly introduced coins that need a kind of popularity to rise to the moon.

Fork in cryptocurrency has a general meaning of dividing or introducing an updated version of an existing cryptocurrency. When inventors realize that an existing cryptocurrency falls short of a particular function, a similar but upgraded version is introduced.
A good example is Bitcoin and Bitcoin cash. Bitcoin gave birth to Bitcoin cash in 2017 after inventors announced on a fork that was intended to make the digital world even better.
Forks are categorized into two; Hard folk and Soft Folk. Hard fork has been explained to be a permanent diversion from an existing Blockchain with the nodes of the new Blockchain not interacting with the transactions of the old one.
Soft Node is quite different. Transactions of the non upgraded nodes are recognized by the new upgraded ones; however, when the non upgraded node mines blocks continuously, the new nodes will reject them.
In this case, enough hash power is needed to make it succeed. It is believed that the existence of a fork makes the future of cryptocurrency very bright. Possibility of a fork can address so many problems in the cryptocurrency industry.