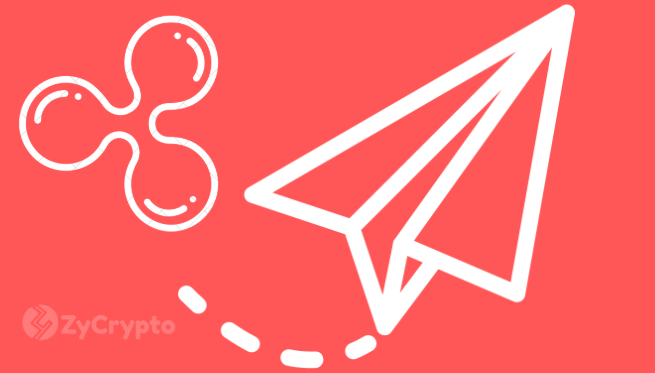 There have been quite a few crypto whales moving around the crypto space of late, with huge amounts of various cryptos being transferred.  However, there hasn’t been a whale bigger that today’s activity for some time. According to details reviewed, about 1 billion XRP coins have been moved. Going by the current XRP market price, the coins are valued at around $315,144,716. It wasn’t clear who exactly moved that huge amount of XRP coins until details emerged.

According to a Twitter post sent out by Whale Alert, the huge XRP transaction was initiated from an unknown wallet and headed out to a yet unknown wallet. Details of the whale activity can be found here on the particular bithomp page.

Interestingly, the total cost of this transaction that moved a whole $315 million worth of XRP is indicated as just about 0.3 XRP. That fee doesn’t even get anywhere near what a traditional bank would charge for such a transaction. Once again, the power and the cost-effectiveness of using cryptocurrencies is clearly demonstrated.

Details of the transaction indicate that the movement was a scheduled Escrow execution on an account owned by Ripple. Various characters have come out to shed their light as well as offer opinions on this Ripple connection. From the look of it, especially judging from the comments on Whale Alert’s twitter post, there are still those who haven’t understood Ripple’s policy of locking much of the XRP in an escrow account.

Escrow is a system whereby any relevant party can open an account and store funds or digital assets. However, this account isn’t exactly like a storage wallet whereby the owner can withdraw to transfer its contents any time they want.

When an entity locks assets in an escrow account, they specify the period of time after which a specified amount of the contents will be released for use. In the case of Ripple, the escrow account releases about 1 billion XRP tokens from the 45 billion XRP tokens locked in the account. The released coins are availed to the open market for sale – mostly through over the counter (OTC) transactions to avoid upsetting the general XRP market.

After the sales are made, any remaining XRP coins are retrieved from the market and locked up in the escrow again. In that sense, the reported whale activity is, in fact, Ripple escrow account activity. At the moment, there are about 45 billion XRP coins locked in the account, with 1 billion XRP being released into the market every month.