The cryptocurrency market is in its usual state of uptrends and downtrends. These turnouts progress to affect the structure of the market as regards coins and tokens. As with every other week, every cryptocurrency undergoes the process of inflation and deflation which later results in a significant decline or a breakout in trading price.

Price breakouts are more than just an increase in the dollar as they are price enablers, that helps coins reach the nearest resistance levels and position them for significant upclimbs. This week, some cryptocurrencies attained impressive price breakouts, some mild, others intense.

One of the most effective price breakouts for this week was Bitcoin’s crossover from the $3000 mark to $4100. While BTC is still struggling to gain momentum in order to sustain this new price level, mild bearish trends are still lingering as the big bull now trades at $4088 at press time.

On the other hand, two altcoins are aimed at making a price breakout in much sooner than later. This weekend, Maker (MKR) and the Basic Attention Token (BAT) are clearly headed in this direction.

Maker (MKR), the 16th largest cryptocurrency by market capitalization has been on a promising run since the year began. However, it is the swiftness at which its trading price skyrockets that make it more likely to hit the $1000 mark in a few months time. Maker (MKR) currently embodies the qualities of stability as regards its growth from last year till present. 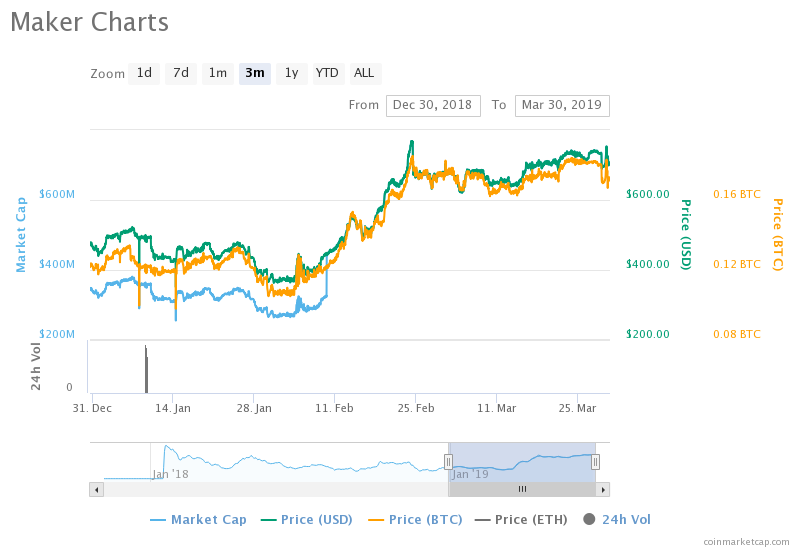 MKR had initially started the year on the $400 mark. However, the path to $1000 become even more evident as MKR made a swift upsurge to land on the $700 mark. On the 28th of March when trading volume was seated at $6.7 million, MKR hit $745.21 as it neared the $750 and $800 resistance level before volume reduced by $3 million. Despite this turnout, MKR is still set out for the $800 mark, a move which will effectively play out in the coming weeks.

With adaptational support from the Brave browser, BAT has been making a comeback since its downfall to the 40th spot. At present, BAT has worked its way up to the 23rd spot despite having gone back and forth with severe losses, even at present the token is down by 3.65%. 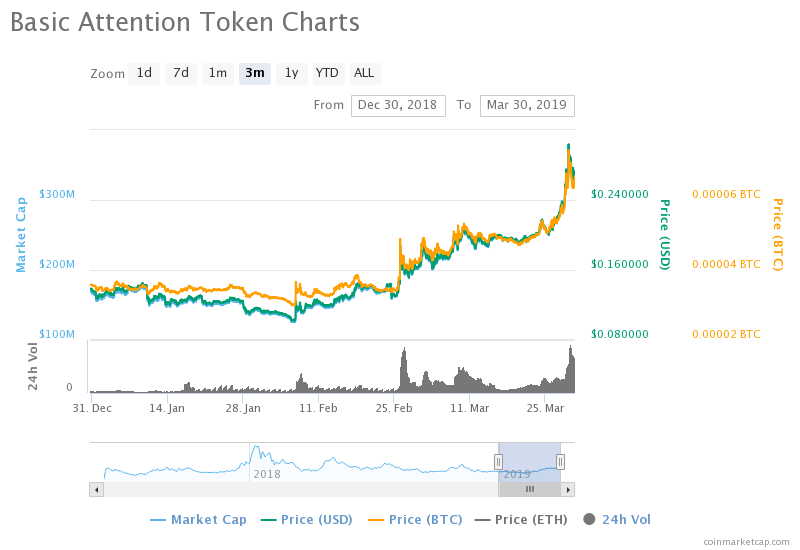 This doesn’t hinder BAT’s possibility of a breakout once the growth process is considered. Between now and the past 2 weeks, BAT has moved from the $0.19 to $0.20 mark, and most recently $0.30 in the past 24hrs. Yesterday, trading volume hit $65.95 million showing that BAT is still capable of a swift rally and a possible bullish price breakout overtime.