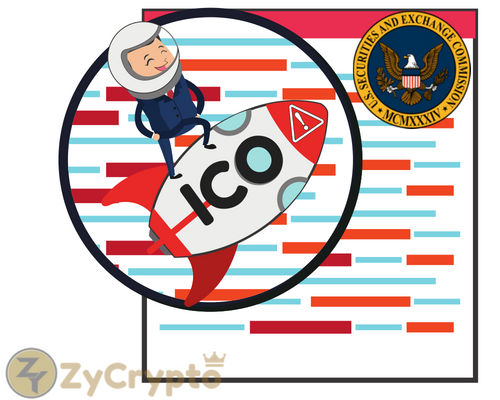 The United States Securities and Exchange Commission (SEC) has been working tirelessly round the clock to sanitise the cryptocurrency and Initial Coin Offerings (ICOs) ecosystem. The regulatory watchdog has hammered down quite many faulty virtual currency related projects in recent times. Now, the SEC has created a mock ICO website called HoweyCoin, in a bid to educate investors.
The SEC announced the launch of the HoweyCoin website on May 16, 2018. HoweyCoin is named after the Howey Test which “touts an all too good to be true investment opportunity.”
As stated on the HoweyCoin platform, most travel businesses “require processing, centralised currency, and most importantly, nickel and dime fees that add up to literally billions,” the fake site explained, adding that:

“HoweyCoin is different. HoweyCoins utilize the latest crypto-technology to allow travellers to purchase all segments without these limitations, allowing HoweyCoin users to buy, sell, and trade in a frictionless environment – where they use HoweyCoins to purchase travel OR as a government-backed, freely tradable investment or both!”

Mimicking a typical scam ICO, the site also states that investors will receive 1-2 percent ROI and advises them to “HODL.” Bitcoiners frequently use the hodl term. It’s a typo for hold, which simply means crypto enthusiasts should hold onto their coins even when the market is crashing.
The SEC wrote in a statement that the HoweyCoins site has all the red flags to look out for in a scam ICO project. Including “a white paper with a complex yet vague explanation of the investment opportunity, promises of guaranteed returns, and a countdown clock that shows time is quickly running out on the deal of a lifetime.
Chief counsel of the SEC’s Office of Investor Education and Advocacy, Owen Donley reiterated that:

“Fraudsters can quickly build an attractive website and load it up with convoluted jargon to lure investors into phoney deals. But fraudulent sites also often have red flags that can be dead giveaways if you know what to look for.”

Notably, the SEC’s Enforcement Division Cyber Unit chief, Robert Cohen who was present at the Consensus conference on May 15, reiterated that contrary to the opinions of many cryptocurrency investors, the agency is quite open-minded and ready to work with credible ICO organisers.

“The SEC has been open about meeting with people from the industry, to come in and meet with the staff, to talk about the ideas you have, the new developments, and have a dialogue about the new technology. The commission encourages ways to raise capital, we don’t regulate the technology – we regulate the financial industry and the markets,” he declared.