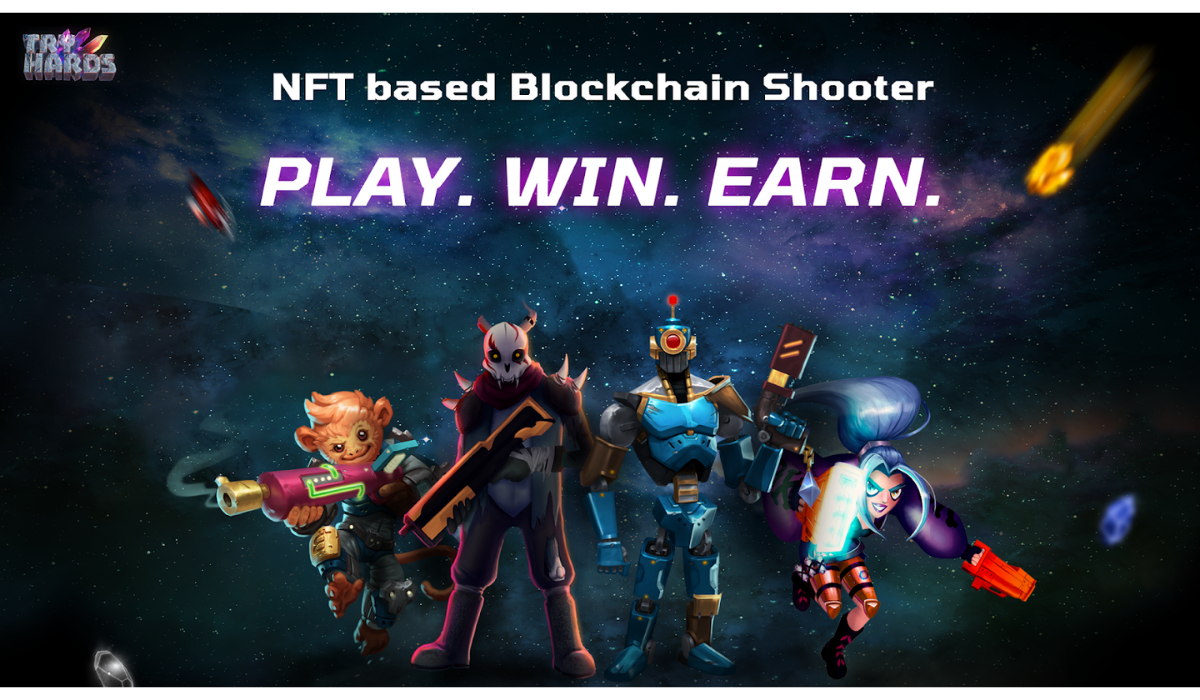 The revolutionary blockchain technology managed to take the world by storm, bringing a paradigm shift in all the major industries in the world. But gaming is an industry where this technology has the most interesting outcomes. With the introduction of digital assets into this realm, the whole play-to-earn model (P2E)  became a possibility and in the past few years, P2E established itself as the new norm in gaming. It transformed the way players earn in-game progress and its ownership model opens doors for players to make a living from the game they love.

In this context, TryHards, a blockchain-based shooting metaverse is touted to be one of the earliest adopters of this model. Founded by a team of passionate developers, it combines the best aspects of DeFi and NFTs to ensure that gamers are presented with real opportunities to earn monetary benefits. And now, in what could be one of the major milestones for the project, TryHards is launching their public token on the 24th of November this year.

This launch follows a very successful and 10x oversubscribed presale that confirmed the community’s overwhelming interest in this project. Apart from this, TryHards has also partnered with some of the most renowned names in the blockchain space including Basics Capital, Oddiyana Ventures, Lucid Blue, CaKoin Cap, Brilliance Ventures, Seedify Fund, DuckDao, and Kyros. The project also managed to get Yechaun (Charlie) Hu, Polygon Head of China on board as an advisor and backer.

The launch of this token is expected to take the project to its next level of success, kickstarting the virtual economy within this metaverse. The whitelisting for the launch will close on the 22nd of November and the token will be made available for the public from the 24th of November on Pancake Swap and Quick Swap.

The TryHards metaverse features thrilling gameplay where players battle for the ownership of Planet-X. Planet-X is the earth itself that became inhabitable for over a millennium following the Satoshi Massacre, a factional war that left billions dead. The surviving factions fled the earth to find shelter elsewhere. After 1337 years, the earth, now Planet-X is habitable again and the groups of factions need to battle among themselves to claim the ultimate ownership of the planet.

To begin the battle players need to have fanatics and weapons which can be purchased as NFTs on NFT marketplaces. These NFTs are automatically staked on behalf of the players. There are three different battle modes and as the players compete and win battles, their universe power increases. The more the universe power, the more will be their staking rewards in the form of $TRY tokens. Apart from this, players can also sell in-game resources, win battles against monsters, and receive airdrops to earn monetary benefits on the TryHards platform.

The Gaming Metaverse for the Future of Gaming

Post token launch, TryHards has quite an eventful roadmap going into 2022. The Alpha launch of the game, including fanatic and weapon NFT drops, and battle launches are scheduled for early next year. Along with this TryHards will also launch its platform governance and continue to partner with pioneers in the industry to build the most efficient gaming metaverse for the future of gaming.