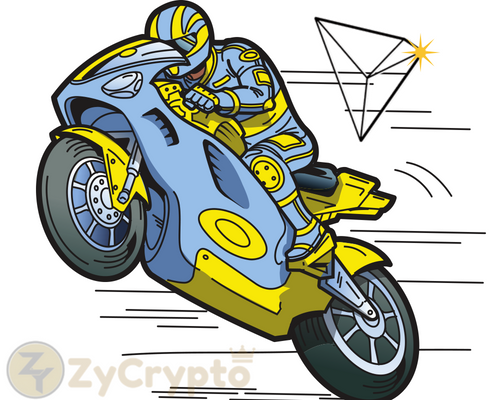 Token swap, is Tron’s latest trial with converting it’s nearly $3 billion to its newest blockchain technology.
This is an event which analyst and the industry worldwide is watching with keen interest, considering the massive value of the swap and the implications it will have in the future for such high-value conversions.
But Justin Sun, the man behind Tron and an ex-Ripple representative, believes that this is the best to be happening in the industry now, “This is just the beginning of the decentralized internet – it’s not the end…For right now we don’t have a full picture.”
Tron had begun the swapping phase last week and hopes to see its earlier tokens issued in Ethereum, valued at nearly $3 Billion to end this week.

By Monday, tokens would be swapped, and new owners would be on the latest blockchain technology that Tron has launched.  It has been an edgy strategy for Tron thus far. Investors were happy to be part of cryptocurrency fable as ethereum were exchanged for latest Trons.  Despite the unconventional approach, Tron’s coins continue to be top traded digital assets.
Part of the break-through year for cryptocurrencies, Tron is a coin-boomer of 2017 strongly advocating decentralised internet.  Despite its high profile dissidence against controlled internet, it is yet to prove itself as a decentralised internet. It has been successful in drumming up both supporters and detractors for its latest ‘disputed’ blockchain technology.

Tron has courted controversies since its inception and continues to ride new waves in this direction. It announced that ethereum had protocol ‘inefficiences’ and would hence offer buyers its own. But, the promising plan appears to be poorly converted as Tron found itself in sea-bed of controversies.
First, it is accused of plagiarizing Ethereum’s white paper or the initial technical profiling of the cryptocurrency, followed by accusation of not acknowledging the former’s code with necessary attributes, after implementing it in its latest blockchain technology. Thirdly, it has almost without provocation gone back on announced roadmaps.
It had originally announced that it would further tweak Ethereum, but abandoned the plan without much explanation and instead switched to its own mainnet . Fourthly, it landed more disapproval after it deferred its proof-of-stake.

Sun claimed that such allegations are negligible, since his dream for the cryptocurrency is innovative. He claims that with his offerings, he would like to move away from the typical research and development of coins for crypto-graphing.
Instead he would like to consolidate on availability now and give the consumer the user experience, he craved for.  Just like IBM’s supercomputer is pure technology not available to common user like the commonly used Microsoft Word, he states.
However, the path ahead is tough for Sun’s team given the hugely complex global process it is beginning to engage in, just like the recently launched EOS blockchain.  Sun, has attempted to build high profile support for Tron’s activities by buying BitTorrent.   The end of the transactions will establish a new pathway for such large-values token swapping and operational framework for others to follow.