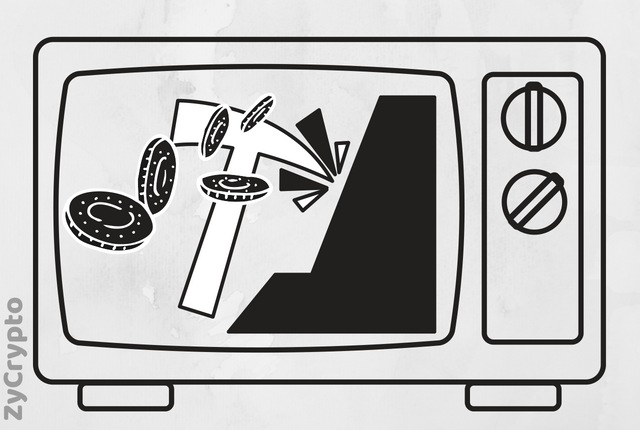 Canaan creative, a Beijing based Bitcoin mining firm who prides itself, as the second largest manufacturer of Bitcoin technology in the world, has announced the launch of a television set, that allows the audience to watch the Bitcoin, as its mined.
The new television by Canaan creative contains the firms “Avalon miner inside,” which consists of a hash rate of 2.8 trillion hashes per second. The TV uses artificial intelligence, and can also listen to voice commands.
Canaan most powerful miner is capable of 11 trillion hashes per second. The crypto mined by the Avalon miner inside can be used to purchase a variety of goods and services, also at the auspices of Canaan creative.
News outfits in China, reports that the television is the first, in the long line of blockchain oriented home appliances that will be equipped with Avalon miner inside.
This initiative is coming on the heels of the company, applying for an initial public offer in May. Speculation is rife that the offering is expected to jump to $1 billion.
Analysts and observers of the crypto space in China are skeptical about the new product. Xiao Lei, a Bitcoin enthusiast, said that it looks “more like a hype,” in his words, he also explained further that “it will be more meaningful if these companies can embed the mining function into existing major T.V brands.”
This fantastic innovation will open the Bitcoin mining to the average person once again, bearing in mind that at the initial stage of Bitcoin, one can mine BTC from a home computer. But with the proliferation of the market, it became more difficult.
The popularity of Bitcoin, among major cryptocurrencies, made it very hard to mine, without the use of costly equipment, thereby reducing to its barest minimum – the availability of individual miners. The consequence of this was the influx of mining firms who made mining complicated for the ordinary user.
The primary belief of the company, Canaan creative with the latest innovation is to change the plot and try to incorporate the mining of Bitcoin into the daily lifestyle of the ordinary person and make the process accessible to everybody if only its just by watching.