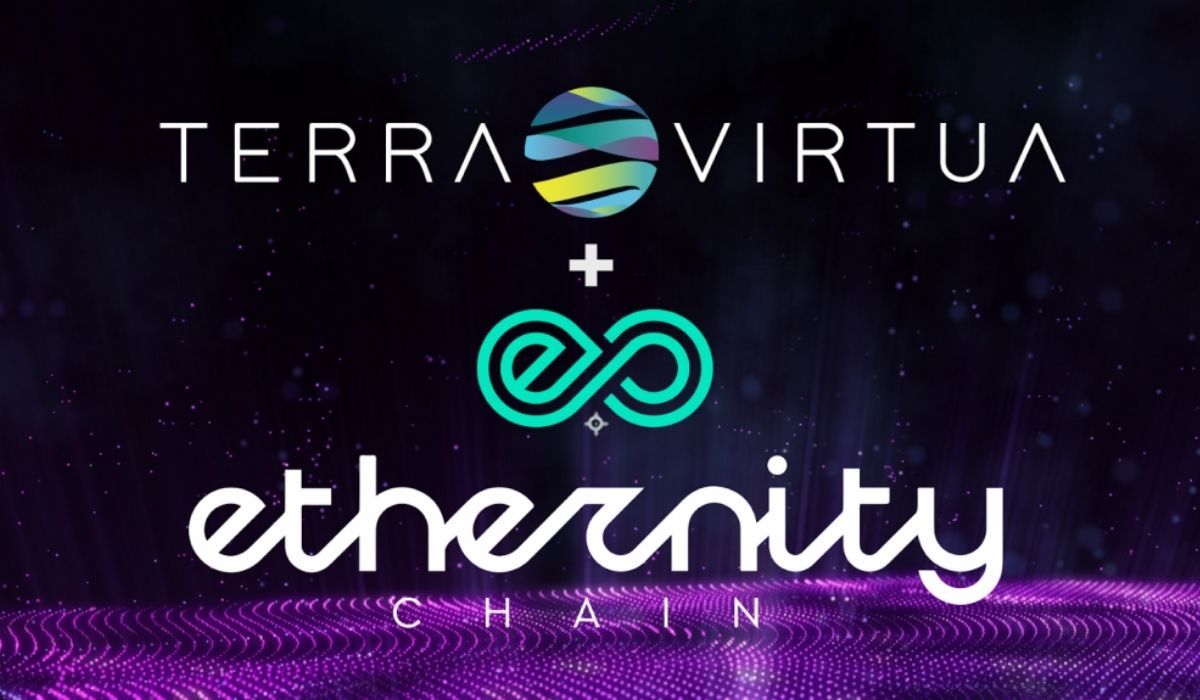 Blockchain technology has opened a new highway for the digital art enthusiast. To further venture into the digital art world and NFT market, Terra Virtua and Ethernity have announced a strategic partnership.

In a statement through a press release on Tuesday, Nick Rose, CEO, and Founder at Ethernity, noted that the dual will be a much stronger force to take the industry to the next level. “Ethernity is excited to announce this new strategic partnership. We have been working hard to deliver an amazing NFT experience through connecting to mainstream culture. Terra Virtua’s focus is on taking digital collectibles to a new, immersive dimension. It’s a powerful combination. We are super excited for the future,” Rose indicated in the statement.

Notably, the NFT market has proved to be a mega-industry with the capacity to take cryptocurrency and blockchain technology to the next level.

Just to put the matter in a better perspective, Mike Winkelmann, who goes by the name Beeple on Twitter, recently auctioned his digital artwork for a staggering $69,346,250. Although not the most expensive artwork to be auctioned in the recent past, the numbers speak for themselves. The digital art world market combined with blockchain technology is a huge space full of tremendous possibilities.

Moreover, Tesla Inc. (NASDAQ: TSLA) CEO Elon Musk, who was just nicknamed ‘TechnoKing of Tesla’, just announced through his Twitter page that he is selling a song about NFTs as an NFT. Notably, Musk has publicly endorsed blockchain technology and the cryptocurrency industry in the past. Mind you, through his huge Twitter followers, Musk has been able to move some digital assets like Bitcoin and Dogecoin in double digits. His NFT endorsement is perhaps likely to shift a lot of focus in the coming weeks and months.

The partnership between Ethernity and Terra Virtua has other major market players behind it to promote the same agenda in NFTs and the digital art world. Notably, Ethernity Chain has joined forces with the Winklevoss twins, sports tycoon Michael Rubin.

NFT enthusiasts through the partnership will now be in a position to view their collectibles on PC, Web, Mobile, Augmented Reality, and soon VR as well.