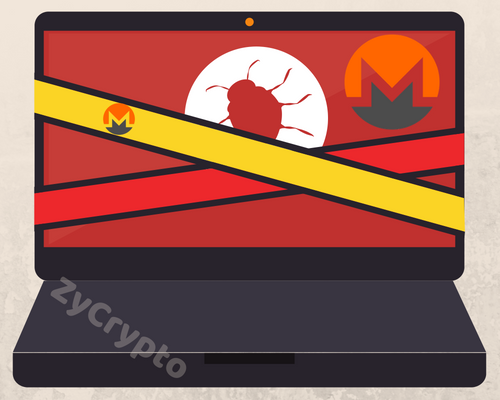 The rise in the number of crypto mining malware has never been without reason, with a new report reckoning that a huge 5% of the total amount of Monero tokens in circulation were mined illegally.
Josh Grunzweig of Palo Alto networks had collected 629,126 samples of crypto mining malware alongside 3,773 Emails used to connect with mining pools, 2,995 mining pool URLs, 2,341 Monero (XMR)wallets, 981 Bitcoin (BTC) wallets, 131 Electroneum (ETN) wallets, 44 Ethereum (ETH) wallets, and 28 Litecoin (LTC) wallets.
Even though Monero remains the least traded token, it is the prime target for cryptocurrency malware as roughly 531,000 collected malware samples were used to Monero blockchain.
This monopoly is as a result of a Monero default blockchain system that permits “users to anonymously connect and use various mining pools without inputting any personal, identifiable information.”
Further insights generated by the researcher through testing the collected 2,341 Monero wallet samples on the top ranked mining pools revealed the numbers of XRM mined with malware to be 798613.33.
This accounts for a 5% if the total Monero token in circulation which at press time stands at 16,124,431 XMR.
With a $129.07 exchange rate for one Monero (current value), this means that cryptocurrency malware would have generated $103,077,022.5 worth of Monero since the first launch.
Commenting on why cryptocurrency malware mining has been largely profitable by cybercriminals, Palo said,

“Many malware authors will limit the CPU utilization, or ensure that mining operations only take place during specific times of the day or when the user is inactive.”

Also “the malware itself is delivered via a large number of methods, requiring defenders to have an in-depth approach to security.”

Even though the activity of crypto mining malware is not largely reflected on the crypto market or exchange rates, it has been a source of concern for legitimate miners.
This raise concerns about how mining operations would fare in the distant future with over 5% of XRM stolen through the back door.
Until then though, crypto mining remains a highly profitable venture, and that will not change anytime soon.