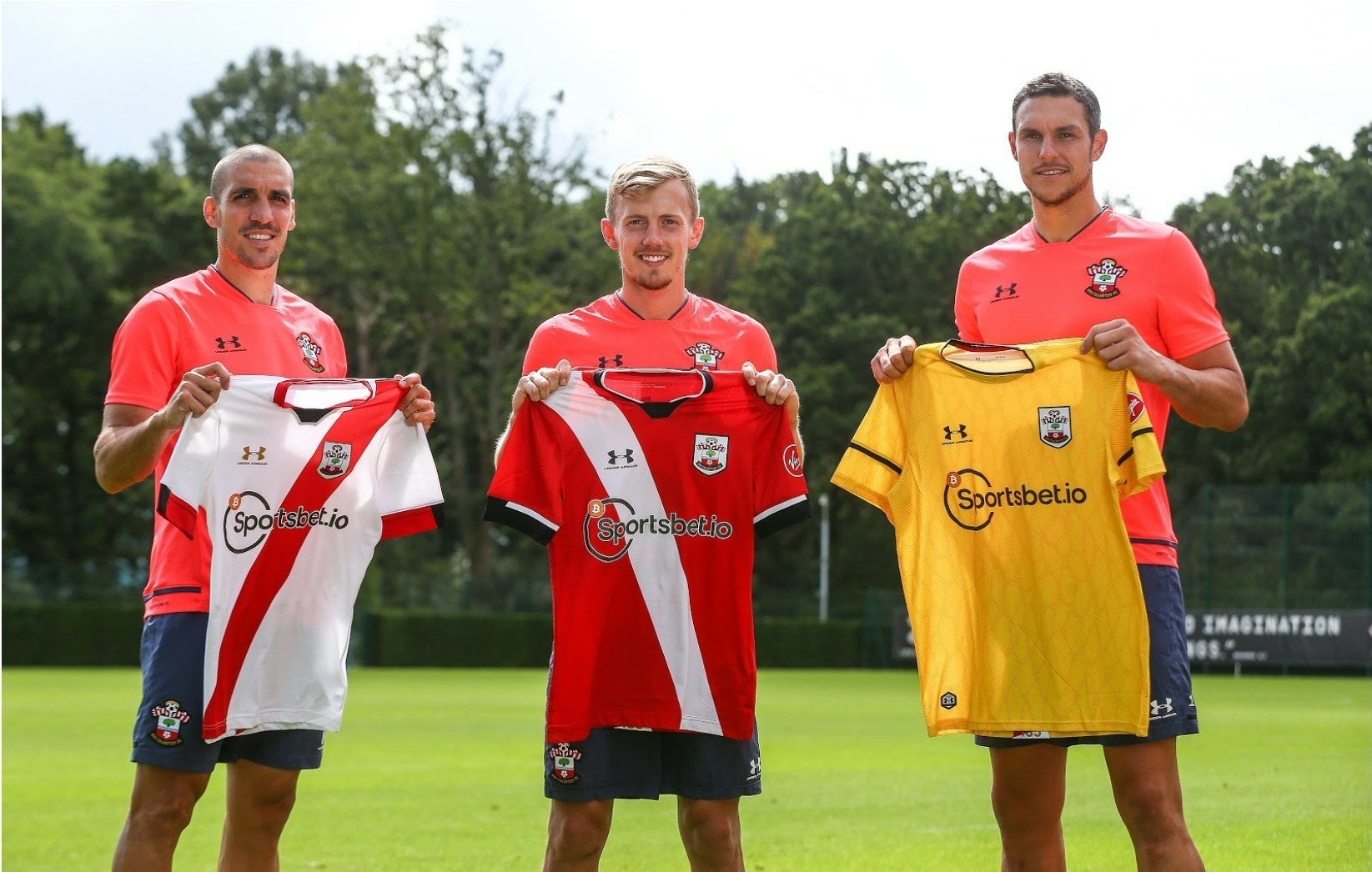 Southampton F.C., an English professional football club based in Southampton, Hampshire, England, has today announced that it has entered into a one-year contract with SportsBet.io, a leading cryptocurrency-based sports betting platform.

“Southampton Football Club is pleased to announce that it has signed a one-year contract with Sportsbet.io to become the new main club partner and front-of-shirt sponsor for the 2020/21 Premier League season,” the company stated in a press release.

This is a huge partnership and strategic one for both entities with the 2020-2021 premier league scheduled to begin by September 12, 2020.

According to the press release, the Sportsbet logo will feature on the front of the first-team and also on the Under-23 shirts.

“Sportsbet.io have redefined the online betting space by combining cutting-edge technology with cryptocurrency expertise and a passion for offering its players with the ultimate fun, fast and fair gaming experience. They are fully committed to providing a safe place where people can enjoy their games responsibly, and have a world-class social responsibility team in place. The club will work with Sportsbet.io and our local community to promote this important social responsibility message over the course of the upcoming year. Everyone at the club is looking forward to the start of what we hope will be a strong season for Southampton, and we are very happy that we will be able to share that journey with sportsbet.io.” He added.

SportBet.io will get a huge platform to reach out to more customers globally, despite the social distancing rules that hinder spectators from attending matches as pre-COVID-19.

“We are absolutely thrilled to announce this sponsorship deal with one of the Premier League’s most ambitious teams. Sportsbet.io shares the club’s desire to disrupt its industry and increase its global reach. We’re proud to be able to contribute to the Saints and support such a prestigious team which has been around for nearly 135 years!”  Said CEO and co-founder of the Coingaming Group, Tim Heath.

With the heightened competition in the betting industry especially those pegged to cryptocurrency, Sportsbet.io is now at a vantage point to win more customers and market itself amid the crisis.

In the long run, the partnership will support the ongoing global cryptocurrency adoption push, aimed at revolutionizing the financial market.