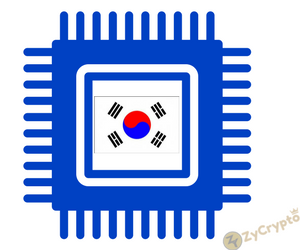 South Korea is putting Cryptocurrency miners on their heels as there seem to be ‘bans ‘coming from various ends.
Last year August Crypto miners in Seoul, Yongsang market specifically were dealt with a blow, as the mining of digital currency was banned.
The ban came as a result of concerns about electrical cost, rising temperature, and fire breakout as crypto mining requires a substantial amount of electricity with intense heat as its by-product.
Korean Customs Services (KCS), a renowned news Outlet in Korea recently, made it known that Cryptocurrency mining chip has also been included in the basket of items that must fulfill a specific legal requirement for its importation to take place.
Safety and Sanitation certifications are top on the list of requirement for its importation to take place
Although it seems the increased technical scrutiny is coming in at a time when both public and private sectors in the country have agreed to move against illegal mining that has been carried out in open spaces due to the high electricity consumption.
It was said that the reason for this ban decision is as a result of the rush and continuous increase discovered by the border control agency in the crypto mining industry in South Korea.
Records have it that in November/December of 2017 alone KCS discovered 454 mining chips at an estimated value of 1.3 billion Korean won ($1.2 million).
It is stale news that crypto mining requires a lot of electricity and produces a lot of heat; this has given the agency concern as to whether the use of miners would increase the high probability of fire incidents.
As a result of the above concern, a report has it that the agency is set to look into the safety issues around the imported Cryptocurrency miners.
The benchmark will be based on existing radio legislation as well as the safety requirement for electronic goods put out by the National Radio Research Agency (NRRA).
The Police authority in Korea arrested about 14 people from various companies who were making use of cheap electricity provided by industrial factories to mine cryptocurrencies.
Wherever there is no law, there will inevitably be recklessness. This might mean bad business for some of the Koreans, but it’s certainly going to pay off in the long run.