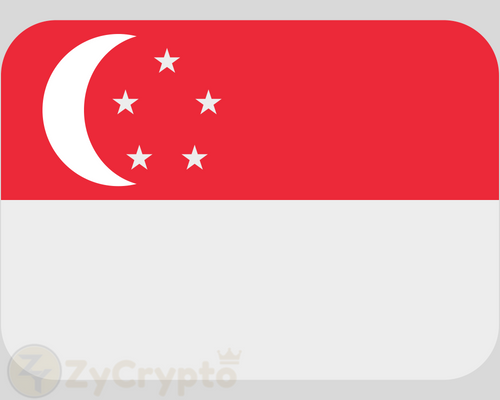 The war against bad actors in the cryptospace is gaining momentum with each passing day. Now, Singapore has sternly warned eight exchanges in its crypto ecosystem to revamp their operations, and it has also ordered an ICO to stop its token sale with immediate effect.
The Monetary Authority of Singapore has said in a press release on May 24, 2018, that all crypto-related businesses in the nation “are responsible for ensuring that they comply with all relevant laws.”
Back in February, the MAS made it clear that it had no intentions of placing a blanket ban on cryptos but would remain alert to watch out for new risks.

“For now, the nature and scale of cryptocurrency trading in Singapore does not pose risks to the safety and integrity of our financial system. we will continue to encourage experiments in the blockchain space that may involve the use of cryptocurrencies. Some of these innovations could turn out to be economically or socially useful. But equally, we will stay alert to new risks,” said the Deputy Prime Minister of Singapore, Tharman Shanmugaratnam back in February.

Unlike China, Singapore has put in place amenable regulations for digital currency-related businesses and initial coin offerings to flourish. However, the authorities have always made it clear that projects that take advantage of its liberal nature to perpetuate crime, will be firmly dealt with.
“The number of digital token exchanges and token offerings [ICOs] in Singapore has been increasing,” said MAS assistant managing director of capital markets Lee Boon Ngiap, adding:

“We do not see a need to restrict them if they are bona fide businesses. But if any digital token exchange, issuer or intermediary breaches our securities laws, MAS will take firm action.”

Although the statement failed to mention any specific projects that may have run afoul of the statutes of the regulatory watchdog, it is, however, apparent that some businesses may have overstepped their boundaries.
2018 has been dubbed the year of cryptocurrency regulations, as a vast array of nations have been formulating laws to govern their local crypto space, in a bid to limit the incidence of fraud.
From China to the United States down to other parts of the globe there have been several cases of fraud in the virtual currency space.
Amidst that backdrop, it is essential for the digital currency industry to get softly regulated, in order to bolster growth and investor confidence.