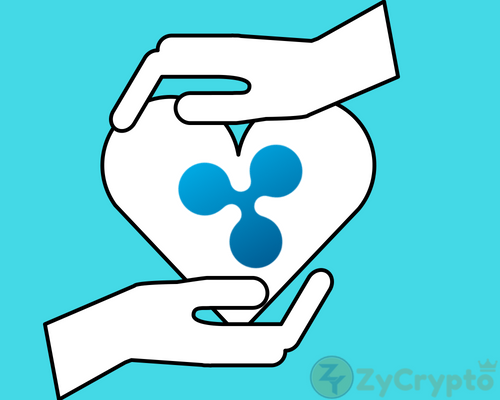 Today on the Ellen DeGeneres Show, the beloved host received a great surprise.  The surprise was provided by Ashton Kutcher who announced a donation of 4 million dollars in XRP to Ellen’s wildlife fund. Kutcher explained to Ellen and her audience of millions that Ripple is a company that sends any type of value from point A to point B powered by the digital asset called XRP.
Kutcher said he was drawn to Ripple because they care about “being an ethical company that wants to give away a portion of this platform to people who do good in the world.” Ripple attracted socially aware investors like Kutcher by donating millions of dollars to charitable foundations around the world.

Just recently they pledged 29 million dollars to DonorsChoose.org, an organization dedicated to education across the United States of America.  Ellen fits this profile as a generous and positive force in the world, and Kutcher was able to display the ease in which even millions can be sent while helping Ellen in her fight to save and preserve wildlife.
Kutcher then sent the XRP instantly live on TV, offering his smartphone to Ellen to push the button to confirm the transaction.  Ellen then referenced Salt-N-Peppa in classic comedic fashion telling Kutcher “of course I want to push it, I want to push it real good.”
Kutcher has been a famed actor for more than two decades. The “That 70s Show” star is also known for his humanitarian efforts and is a noted tech investor and founder of A-Grade Investments.  Kutcher’s investment firm has scored big in the past with Uber and Airbnb and he’s been an active crypto investor for years as well.  Kutcher was drawn to crypto very early and has since been involved in several cryptocurrency and blockchain projects.
This past year it was revealed that he and Mark Cuban were both investing in an e-sports crypto gambling project but his involvement in this sector goes back years.  At a 2013 TechCrunch Kutcher spoke about the benefits that cryptocurrency and blockchain could bring in the near future.

“The notion that we could civically monitor each other in an anonymous way actually keeps the anonymity of the Internet. We don’t have to worry about Big Brother, and that same infrastructure that built out Bitcoin could be used in the security industry for mass good.”