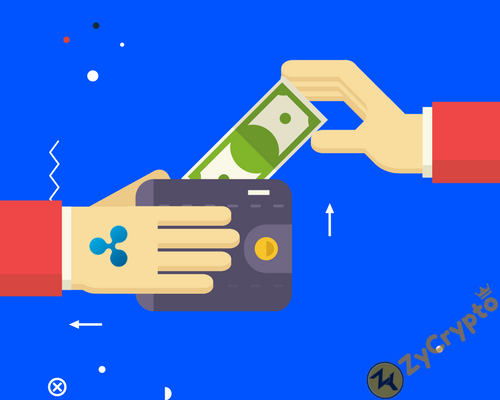 Ripple or XRP is the world’s third largest cryptocurrency in terms of total market capitalization. The currency is a favorite among banks and financial institutions, who have purchase significant stakes in the currency as well as the company running Ripple. But all this backing and all this popularity notwithstanding, Ripple has still not been able to have a spot on United States’ largest cryptocurrency exchanges.
The company and people have been Ripple have been trying everything it takes to get a spot in the United States cryptocurrency market. According to multiple people who wish to be anonymous but know about the inside of the company, said that in 2017, the company behind Ripple token, called Ripple Inc., tried to offer financial incentives to different digital currency exchanges, namely Gemini and Coinbase, to have its own slot.
The people who revealed this information anonymously are not officially authorized to divulge such information. Ripple’s absence from major cryptocurrency exchanges, like Coinbase and Gemini, is surprising, to say the least. Ripple is the only high-profile coin which does not have such presence in large exchanges.
By offering money to exchanges in return for getting a position in their platforms, Ripple showed that the future success of their company is reliant on getting listed in as many exchange platforms as possible.
But, a major clause may become a big impediment on Ripple’s path. According to United States laws, unlicensed exchanges are barred to list tokens that could be considered securities, and the fact the Ripple is controlled by a single company has given rise to speculations that the token may fall under the ambit of securities.
In 2017, the company’s executives asked whether a $1 million dollar payment could be given to Gemini in order for it to list Ripple tokens. Efforts were taken by the company executives to allow Gemini to do the same, and joint strategies were explored, including the payout of rebates as well as the coverage of overhead costs, according to people familiar with the matter.
The company also followed a similar approach with Coinbase, and said it would lend the exchange $100 million worth of Ripple tokens in order to allow their transactions and trade on the Coinbase platform.
It also offered Coinbase to pay back to loan in Ripple tokens or even in Dollars, with the latter being more the more profitable proposition for Coinbase. Both companies denied such offers.
It remains to be seen what approaches are taken by Ripple in order to get listed in US exchanges in a large way.