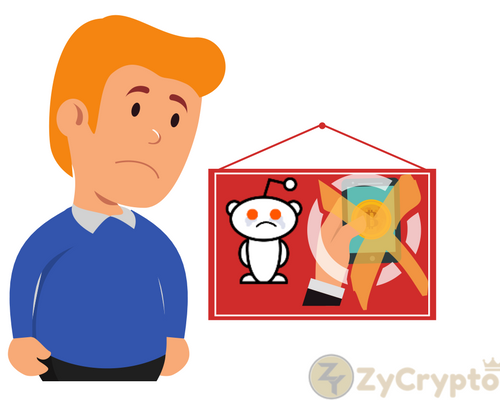 In a post published by the user BitcoinXio on Reddit, it can be seen that the famous social network apparently eliminated the option to pay for Reddit Gold through the use of Bitcoin. For now can only be purchased with PayPal and Credit Cards.
This unannounced move by the Reddit team was a surprise to social network users, as Reddit was one of the first websites to venture into accepting and promoting the use of the popular kryptonite. In 2013, an agreement with Coinbase opened the way for them to use bitcoin long before it started the bullish trend that would make it such a popular phenomenon as the use of the social network.
Brian Armstrong, Coinbase’s CEO, told the Tech Crunch technology news portal his enthusiasm about the deal with Reddit.

“We’re pairing with Reddit to allow them to start accepting bitcoin payments for Reddit Gold. This is a large step forward for Bitcoin and for Coinbase, as Reddit is a top 100 site in the U.S. and top 200 site internationally”

At that time Reddit announced that it had 40,000 bitcoin payments per month.
However, in early March, Coinbase announced a policy change in which they would discontinue Coinbase’s Merchant Tools to boost their Coinbase Commerce platform. According to the post, Coinbase’s Merchant Tools users had until the end of this month to migrate their services to the new platform.
Subsequent to the announcement, Reddit user emoney04 confirmed what many users feared. The removal of the option was due to the incompatibility between Reddit and Coinbase’s platforms.

“Yup that’s right. The upcoming Coinbase change, combined with some bugs around the Bitcoin payment option that were affecting purchases for certain users, led us to remove Bitcoin as a payment option.”

However, the same user later mentions that based on the use and demand of the users they could consider the possibility of adding the payment option with Bitcoin again.

“We’re going to take a look at demand and watch the progression of Coinbase Commerce before making a decision on whether to reenable.”

This is a problem because unless Reddit had a database of payments received, some users find it difficult to determine the need objectively. Among those is the same moderator who initiated the post, BitcoinXio who responded as follows:
“Thanks. Thanks. Kind of a chicken and egg problem. You can’t measure demand if you don’t re-enable crypto payments.
If you use historical data trends and see that volume plummeted it’s because Coinbase only allowed Bitcoin Core as a payment method, where extremely high fees made it economically unfeasible to use Bitcoin Core for small payments like Gold”
There is no more information on Reddit’s course regarding the use of Bitcoin or any other altcoin yet, however the break with CoinBase at the moment seems to be a fact.