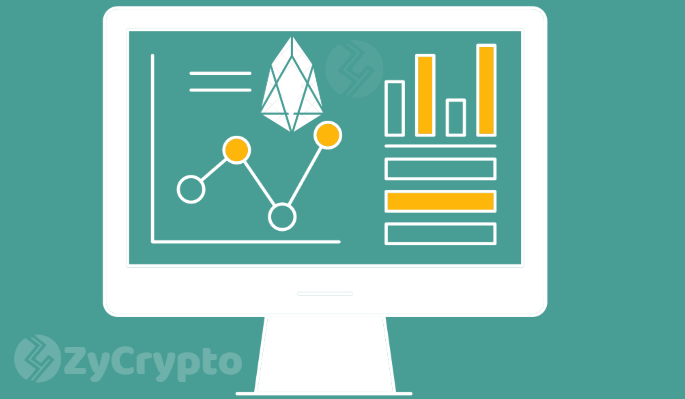 EOS/USD trend on the medium-term outlook is ranging. The Bulls lost the momentum on December 28 at $2.3 former support level. The bulls’ increased momentum on the EOS market was clearly seen on the 4-Hour chart as the strong massive bullish candle emerged and EOS price broke out the resistance level of $2.6 and it was making higher highs up till January 10. This was terminated by the bears at the price level of $2.9 as the bearish engulfing candle formed followed by many strong bearish candles that broke downside the former demand levels of $2.6, $2.4. the coin consolidated for a few hours at the $2.4 mark before it was extended downward to break down the $2.3 on January 13.

The 21-day EMA is below the 50-day EMA with the EOS/USD trading below the two EMAs indicating that the upcoming bullish drive is strong on the EOS market. Notwithstanding, the Stochastic Oscillator period 14 is at oversold region (20 levels) with signal lines pointing up, which indicate buy signal which may be a retest. The bullish rally is expected if the resistance level of $2.5 is broken up.

On the short-term outlook, EOS is on the bullish trend currently up over 9%. Since January 10 the coin has been consolidating around $2.4 resistance level. On January 13 the bears gather momentum and pushed the coin downside and the former support level of $2.3 was broken down, expose EOS to $2.1 support level. The coin is currently retesting the broken level of $2.4. That is the reason why Stochastic Oscillator period 14 is pointing to the north at 60 levels as a buy signal.

Currently, EOS price is trading on 21-day EMA which indicate retest is ongoing while 50-day EMA is above both the price and 21-day EMA. Traders should wait for the bearish candle to break and close below the $2.4 price level before going short.