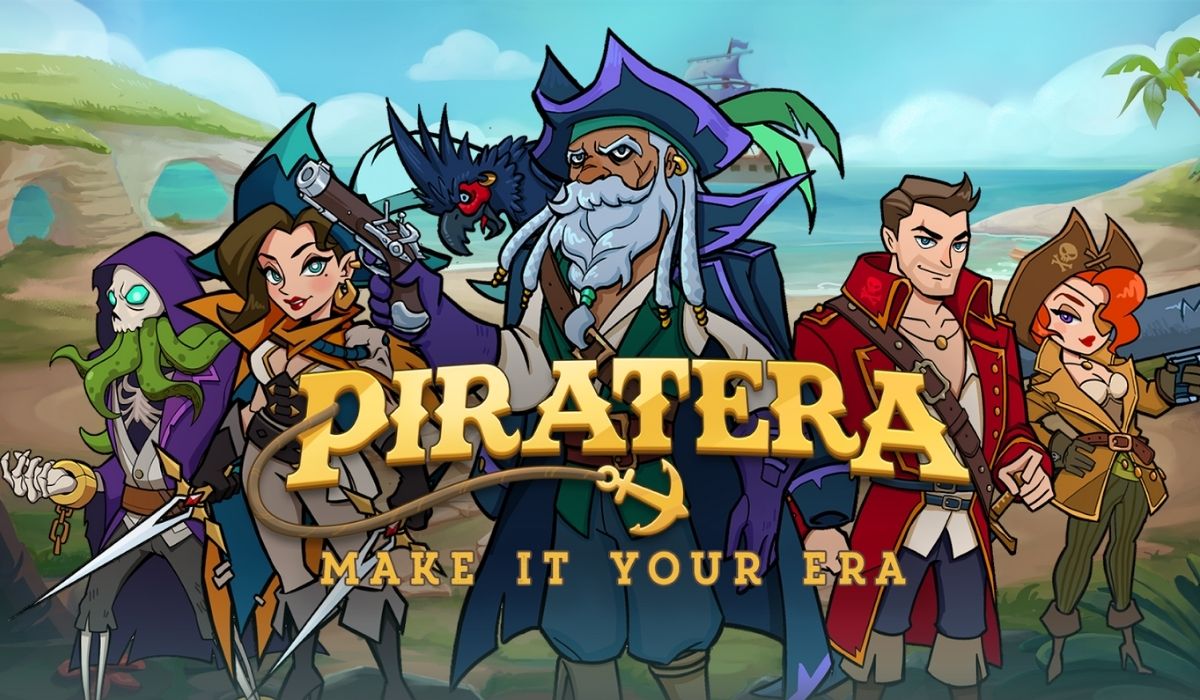 The gaming world has thrived in previous months as non-fungible tokens and other related activities have piqued the interest of cryptocurrency investors, and it is still in its early years of development. It seems to be pretty hard to ignore the incredibly interesting “play-to-earn” gaming trend.

These new gaming products allow players to earn great with their playing skills while enjoying the game. There were several game types with various narratives. Piratera is a submarine warfare game in which players take on the roles of Pirate Captains exploring the sea, widening new frontiers, and conquering massive treasures. Players may also communicate, engage in battle, exchange transactions, and be together on every adventure.

Piratera has successfully raised $1M and its IDO was launched on 22nd December 2021. Many expectations from gamers toward game versions with unique features would be developed and released quarterly in 2022.

Piratera is an Open World Adventure and Idle Battle game set in a time when pirates ruled the world, inspired by the glorious ideal of the “Pirate Era.”

In the occurrence of a battle with the enemy, up to five crew members are picked to form a fighting team. Breakthrough battles and outcomes are primarily influenced by your squad’s strength, the power of the sailors, and the overall strategy. Players may use a wide range of characters, equipment, and classes to construct as many different types of team fights as they choose. In Piratera, players may choose between two game modes: PVE and PVP.

To participate in the game, you must have at least one sailor. There are two ways to acquire them: To begin, open Wanted Posters. Wanted posters are separated into 3 types: normal, premium, and legendary posters. Based on the sort of wanted poster you have, you will receive a random sailor for each one. The second way is to purchase sailor NFTs on the Marketplace. Then, each Sailor has a distinct special ability known as a Skill. Furthermore, each of them has distinct stats based on their roles and quality.

Piratera’s unique gameplay will allow players to construct their strategies. Piratera guarantees long-term appeal and engagement of players with more than 12 classes and 200 ways to organize a team, as well as many NFTs to be published over time in the following year. Furthermore, the high-quality game art that has been meticulously crafted will not disappoint anybody.

In Piratera, players may make money by doing things like daily quests, game events, owning an island, staking & farming, and selling NFTs on the Marketplace. It is simple to obtain your reward in the form of a $PIRA token, which you can then transfer to fiat money.

The adventure feature will open in the second quarter of 2022. Players, like all other Pirate crewmen, will begin on their home islands in the Central Sea.

Players in Island-adventure begin by discovering the island’s secrets, fighting enemies, defeating the boss, and then going on to conquer the next island. On the other hand, Sea-adventure exposes the crew to mysterious sea monsters, other fleets, and devastating storms. Aside from competing in terms of forces, your crew can also assault the adversary to steal their resources. What an intriguing feature that allows players to own islands in the Piratera world. Other crews landing on your island are required to pay your taxes.

Geographic distance is no longer an issue since gamers may fully discover the world, explore distinctive features, and engage with other players. This is the idea, therefore Piratera intends to include Metaverse technology into its space in the future, allowing gamers to enjoy more realistic experiences.

Looking back at the current status of many NFT game projects that have been continuously launched and developed during this time, many investors cannot help but worry about inflation issues. While game launching, players get a large amount of tokens as in-game rewards, the community gets tokens from sale events, airdrop, staking, etc. These activities cause a long-term downtrend price. Simply, the more tokens are released, the lower the token price is.

Piratera set up a bunch of solutions to the anti-inflation issue, thus holding up the PIRA token price, Piratera guarantees the benefits of investors, current and future players with its well-researched, close-knit strategies.

This is to prove that the team, a group of young talents full of passion for what they do, is full of enthusiasm for the genuine desire in the gaming industry. This explains the facilitation of the $1 million fundraising process goes quite gracefully. Several well-known industry backers and partners took notice and engaged in the project. BSC Station, FIM Ventures, AU21 Capital, Onebit Ventures, KDG, BD Ventures, Token Suite, and others are among them.