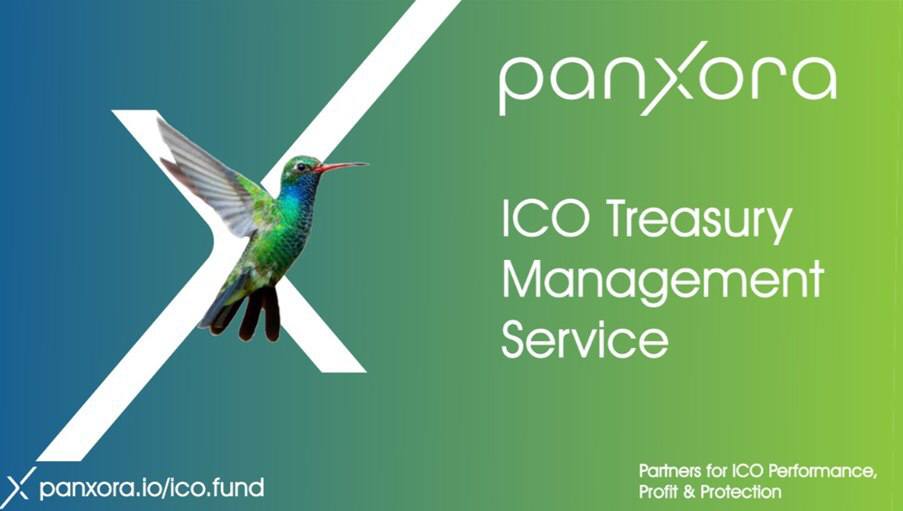 Panxora Group, a cryptocurrency consortium has announced the launch of its new ICO Treasury Management Service (TMS), to make it easier for initial coin offerings (ICOs) to survive the bear market.

The TMS platform enables ICO organizers to manage the raised funds more efficiently and use it to support the growth of their business.

According to research, a vast majority of ICOs crash within four months of takeoff, due to poor financial management, as new firms find it an arduous task managing the raised funds.

If the funds remain in the form of cryptos, it could either appreciate or depreciate due to market volatility. However, with Panxora’s TMS, these projects will now be able to manage the raised funds better.

“Too many exciting projects have fallen by the wayside due to poor financial management. With the TMS, ICO founders no longer need to worry about being able to keep the lights on and can instead focus on their ideas.”

With more than 20 years of experience in investment banking and commodities, he clearly understands how big investors use hedging strategies to tackle market volatility. This preserves value, while also generating extra profits for the company.

Since commodity markets share almost the same characteristics with cryptos, Smith is poised to replicate the same hedging strategies used in the former in the cryptospace, in a bid to offer ICO organizers a competitive edge.

TMS creates a balance between capital growth and preservation using hedge strategies based on artificial intelligence trading algorithms and passive hedge balancing, depending on the risk appetite of each investor.

The ICO organizers are required to declare the exact amount of capital needed each month and the amount is transferred into their operating accounts to ensure they can manage daily operations.

Interestingly, Panxora’s AI system successfully managed the $2.9 million raised during its token sale in 2017 and even succeeded in generating an increase of 76 percent from the funds within 15 months, even when the price of bitcoin was down 16 percent.

“Having a plan in place for responsible management of assets is not just good for the company itself. It’s a signal to investors that says: we’re serious about making this business work, taking responsibility for the capital you’ve entrusted to us. We think this is an important step forward in the maturation of the token industry.”