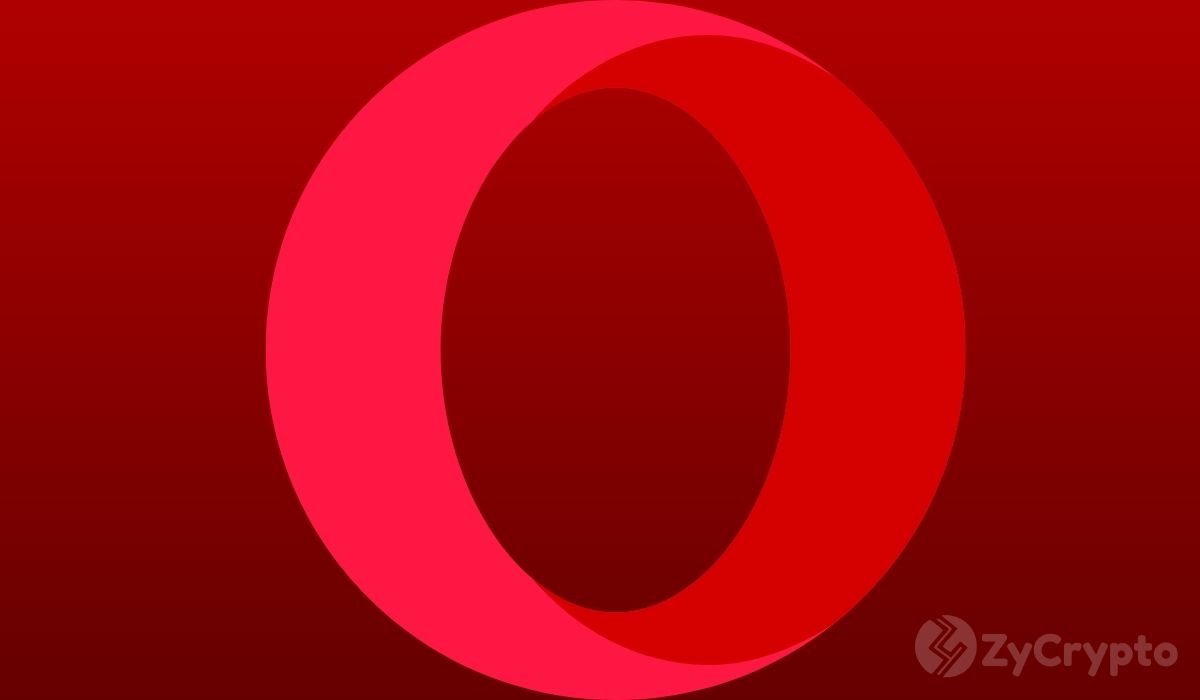 Previous areas of operations include the EU, New Zealand, Switzerland, Australia, Mexico, Norway, Sweden, Denmark, and the United States. To ensure steady functionality across supported countries, Opera is in partnership with an on-ramp provider Ramp, and payment company Wyre.

Out of its 360 million monthly users, the head of Crypto at Opera Charles Hamel revealed that its in-built cryptocurrency wallet has secured 170,000 monthly users over the past two years. The numbers may fall short when compared to the Browsers total number of users, still, this is an impressive step and a big achievement for the global cryptocurrency adoption movement. In the long run, the numbers will of course go higher.

As told by Charles, Ethereum is the most used cryptocurrency so far. Ethereum has stayed in the public eye this year for becoming one of the most widely used cryptocurrencies. Investors at Grayscale also seem to be betting big on Ether. This also adds volume to Messari’s report which posits that the Ethereum Blockchain has unseated Bitcoin to become the world’s most used Blockchain.

Opera’s Journey with cryptocurrency began in 2018 when Opera Mini made the big announcement on its blog, making it the first widely used Browser with an in-built Cryptocurrency wallet. Opera introduced the wallet along with a new version of its browser. The new web 3 version, as at when Opera made this announcement, was exclusive to the Beta Private section on Android mobile applications.

Overtime, Opera hopes to establish itself as one of the most forward browsers to flag Web 3 and to carve its mark in the “decentralized internet of tomorrow,” Opera says it has now “chosen to use our browser to bridge the gap,” because it believes “that with a built-in crypto wallet, the browser has the potential to renew and extend its important role as a tool to access information, make transactions online.”

While Opera also admits that it had been experimenting with cryptocurrencies, tokens, and decentralized applications since 2017, and even disclosed that it will support more cryptocurrencies and networks in the future, problems such as complex installation procedures, comprehension of new terminologies and access to cryptocurrencies have been a limiting factor in its journey. To solve this, Opera says it will continue with the integration of Web 3.0 to aid the provision of a user-friendly and seamless experience to its users.