Now we all know that the Japanese have their tastes which are quite peculiar and different from the rest of us. When it comes to cryptocurrencies, they have also beaten everyone else by creating a little-known cryptocurrency known as monacoin (MONA).

Conceived in late 2013 and officially launched in 2014 as an alternative to its mother currency (Bitcoin), Mona still offers the same basic features as Bitcoin albeit with a few differences.

With zero pre-mined tokens, MONA has been able to achieve the same similarities with the major cryptocurrencies but also has quite a few differences than others.

As a peer-to-peer medium of exchange, MONA does the same things as other cryptocurrencies. Its soft-fork at block 937440 to implement segwit places it at par with both Bitcoin and litecoin.

Similar to Vertcoin (VTC) in terms of the required algorithm for the creation of a block, ‘scrypt’ was the first choice until the developers moved to Lyra2REv2 in order to avoid the ASIC resistant miners which came on the scene.

The new algorithm allows for mining on both CPUs and GPUs which allows for every block mined to have a variable difficulty adjustment.

This, of course, allows for an increase in the speed of block formation which creates a really wild and exciting ride for the miners involved in the process.

Although it’s in alpha development for the adjustments to the network, MONA is really racking up tremendous gains after being listed on hacked crypto-exchange Coincheck.

A cryptocompare analysis shows a more than 40% rise in the value of the token after initial announcements for listing. 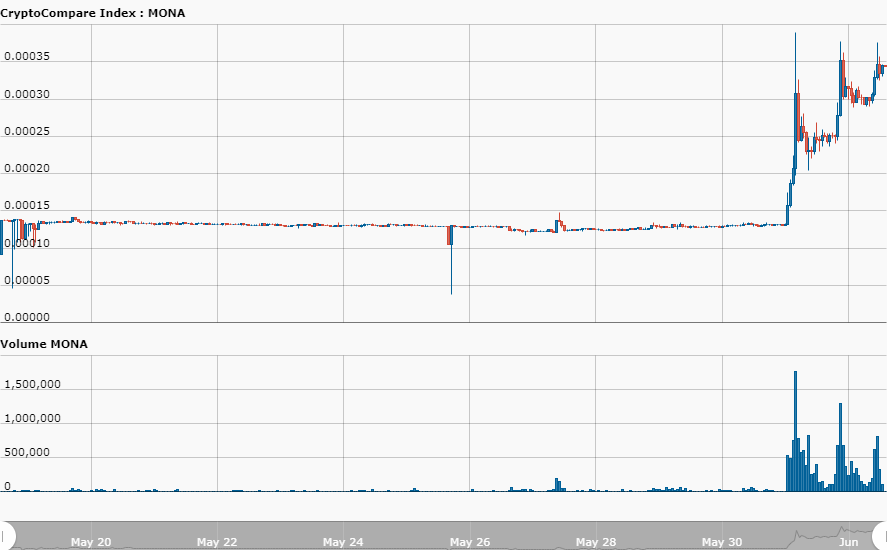 This goes to show that the Japanese so have something king for them for selecting niche stuff; even when it comes to cryptocurrencies!

With only a link to a pseudonymous founder known as “Mr. Wantanabe” which is no doubt in honor of Satoshi Nakamoto, no one really knows who the developers of MONA are.

This, of course, may mean that yet MONA may also follow Bitcoin’s (BTC) footsteps in the mass adoption or on the other hand may also remain a Japanese amulet.

Trader explains where Bitcoin price will go after $9k drop, believes Altcoins are set to moon