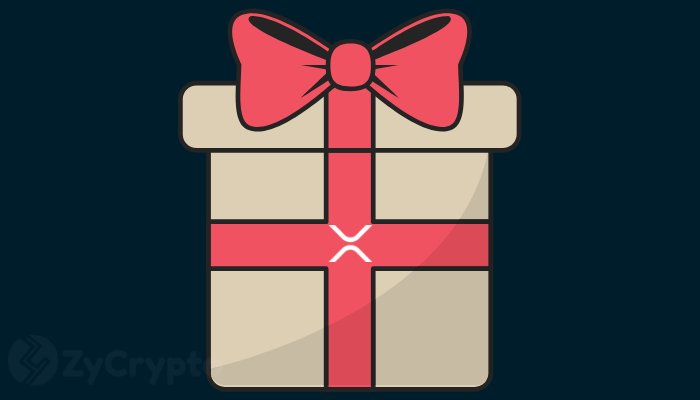 Globee, a company that provides riskless cryptocurrency payment services to merchants around the world, conducted a poll on Twitter to test users’ preference for Bitcoin (BTC), Monero (XMR) and Ripple (XRP).

Although the survey still has a few more hours left to end at press time, XRP is currently in the lead with 49% of respondents going for it as their preferred cryptocurrency for gifts. Next is BTC with a 38% preference among respondents while XMR has only 9% while 4% of respondents did not like any of the options. 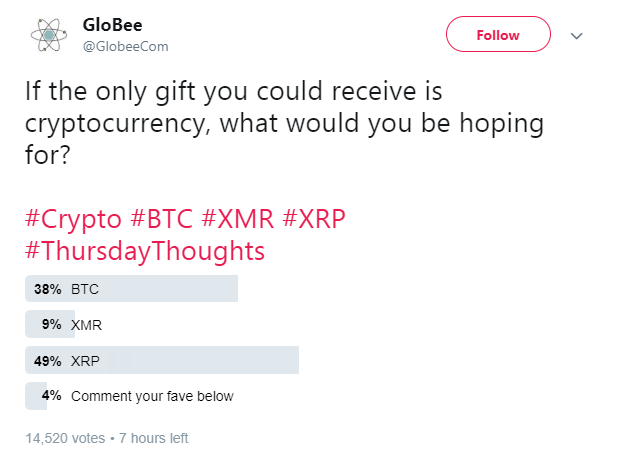 The preference for XRP can be ascribed to the popularity of XRP due to its fame in payments and the ease and affordability of transactions using the cryptocurrency.

BTC, the lead cryptocurrency was in the lead 24 hours to the end of the poll with a 51% preference among 6,500 users before taking the second place next to XRP. Although second to XRP, a significantly high number of users still would want it as a gift despite the seemingly old technology underlying the protocol which is responsible for slower transaction speed and relatively high costs.

Monero (XMR), although known for the privacy it gives users when carrying out transactions only has 9% of the respondents. With XMR, users can make transactions without anyone tracing who initiated the transaction, where it is going and how much was sent. Despite all the technological advancement, however, XMR does not have a high preference as a store of value. Why is this?

Some of the comments by Twitter users on the poll suggest that XRP is not a cryptocurrency, probably because of the uncertainty surrounding the status of XRP as a cryptocurrency or security. Those who chose XMR said they did so because of its privacy while those who preferred BTC do so because as a store of value, ‘it can be used to buy all the others’.

Apart from the varying preference for digital currencies, it is encouraging to know that quite a number of people are still interested in the use of these assets. As at the time of writing, over 14,500 Twitter users have participated in the poll, showing a significantly high response for the poll which has 7 hours to go.

Which of BTC, XMR, and XRP would you choose as a Christmas gift? We would like to hear from you in the comment section!