A recent study made by bitFlyer Europe implies that people believe cryptocurrency isn’t dissolving anytime soon. It appears that 66% of the respondents maintain Bitcoin and altcoins will still be active in ten years’ time. If this is valid, the adoption will move to substantially different levels.

Around 10,000 persons from 10 EU countries took part in the survey. A year ago, the exchange was doing a similar survey. The 2020 results indicate a 3% confidence growth. Sure, the coronavirus impact is substantial, analysts say. But the crypto companies in the legal field, as well as the investors, developers, miners, and users strive hard.

The Italian people are the most confident and optimistic when it comes to cryptocurrency adoption. More than 72% of the respondents claim that cryptocurrency will exist ten years from now. Two countries sharing second place are Poland and the Netherlands. More than 70% of the users from those countries leverage cryptocurrencies.

Poland is renowned for having its own currency – Polish Zloty. While at the same time using the Euro currency too. This means that, if the Euro fiat currency falls, Poland has its currency already hither and working. Such a wise backup may be a result of the Soviet past. When the Union crashed apart, the Ruble burned off all at once. Polish people have a taste in financial insurance, it seems. 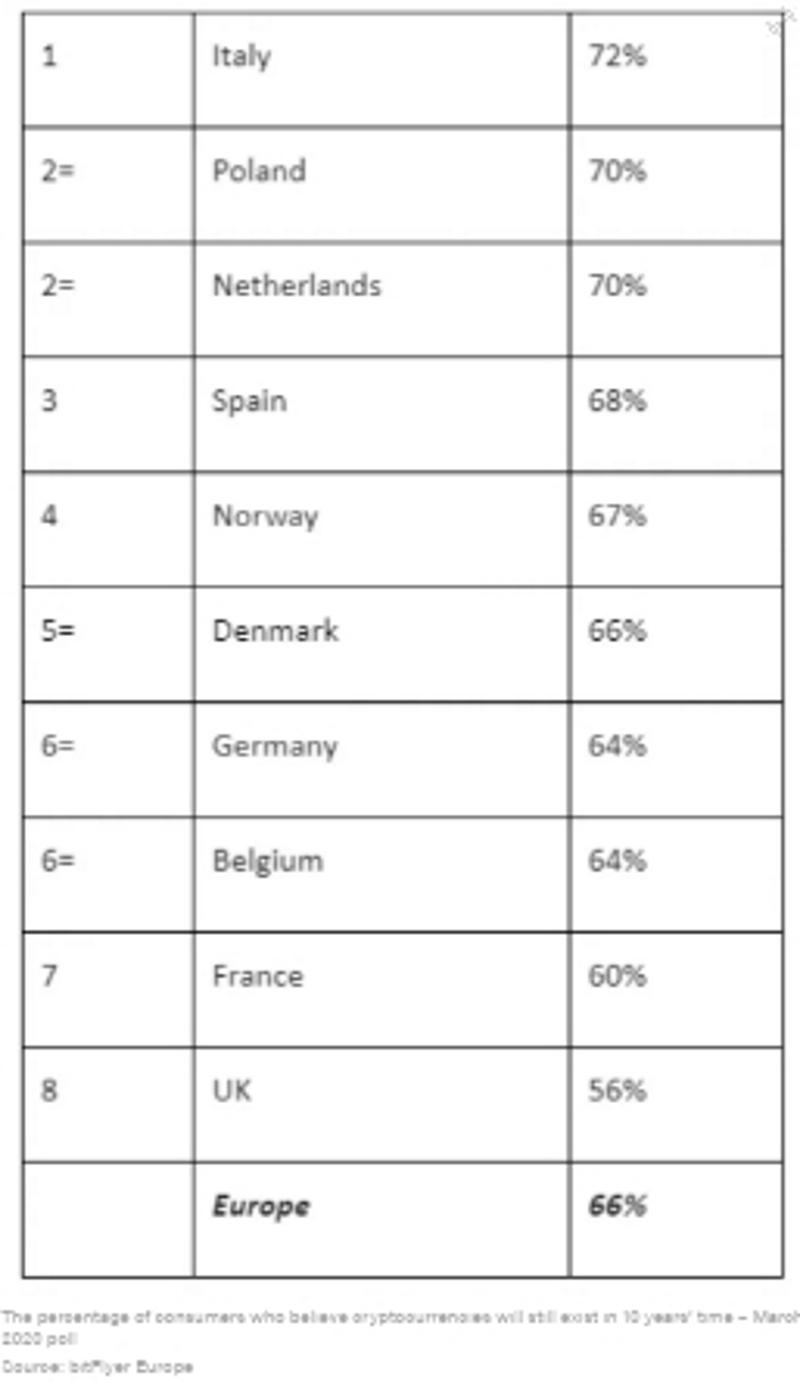 Andy Bryant, COO at bitFlyer exchange, claims that the survey shows a slow but constant progression of cryptocurrencies into the mainstream. It is good that people are getting on board, even when slowly, he says. Great Britain shows the smallest percentage – 56% of the respondents are crypto believers. However, British people of age from 18 to 44 show a 61% confidence as a separate group.

Worth noting that around a quarter of the respondents (25%) said they are not sure how the cryptocurrencies will change finance. They do not see the use cases where the cryptocurrency may gain widespread use.